Chapter 25 in my ongoing Superhero Series has arrived! I can’t believe I did twenty-five of these. I figured I would never reach double digits with these reviews. Alas, I’m still churning them out every now and then. This time I take a look at the 1984 superhero film Supergirl.

Helen Slater makes her film debut as Superman’s Kryptonian cousin Kara. She travels to Earth to retrieve the vital Omegahedron which powers Argo City her funky looking home world. The Omegahedron is vital to the survival of the citizens who spend their days wandering around funky walkways wearing loose fitting garments.

Unfortunately, the Omegahedron has landed in the hands of the evil witch Selena (Faye Dunaway) who plans to use it for her own sinister purposes and isn’t too willing to give it up. Now Kara finds herself in a battle against Selena with the highest stakes imaginable. The survival of her home world and to save the Earth from domineering Selena looking to make all of us her slaves.

Here’s just a handful of questions this movie offers up –

Will Supergirl be able to adapt to Earth culture?

Will she be able to keep her Earthling alias Linda Lee a secret?

Do Kryptonians enjoy spending the afternoon at Popeye’s munching on some chicken?

How will Kara handle her first kiss by the hands of a hunky landscaper?

Did Peter O’Toole ever imagine he would be onscreen doing some kind of wild intergalactic squirt drug?

Should Faye Dunaway be more embarrassed for her performance in Mommie Dearest or as Selena?

Why does Marc McClure’s Jimmy Olsen look so confused in this movie?

And doesn’t it seem awfully convenient that Superman happens to have stepped out of the galaxy at this very moment and miss all this fun?

What was meant to begin a second ‘Super’ franchise for producers Alexander and Illya Salkind, ended with one super notorious film. I check out Supergirl and see if it’s a misunderstood gem or a complete cinematic bust. 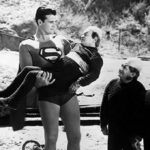 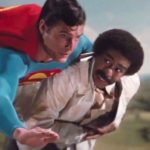