Jack (John Cusack) is a widowed killer who gets a strange job offer by mobster Dragna (Robert DeNiro). He’s told to pick up a bag then sit and wait at a motel where DeNiro will arrive to pick up the bag and pay him an extremely large amount of money. It’s an easy sounding job.

The most important thing though is Cusack is told explicitly not to look in that bag.

It sounds like an intriguing setup to an old fashioned noir tale. You imagine strange suspicious characters, suspenseful predicaments, anticipation just oozing onto the floor to find out what exactly is going on with the classic noir trope of the mystery bag at the center of it all!

Sad to say that hope ends with the setup and The Bag Man results in one disappointing, bizarre tedious thriller.

This is another offbeat, low-budget film Cusack has done in recent years that has just added further confusion to what’s become of his career. I really like Cusack. He has a lot of fans that he gained from his earlier work. He has such a likable unique screen persona and his performances from films going back fifteen, twenty, even thirty years ago have made him a favorite performer for a ton of people. He wasn’t a member of that ‘Brat Pack’ back in the 80’s, but was doing more off beat teen comedies like Better Off Dead, moving into well written romantic comedies (Say Anything), being able to transition into adult roles in entertaining flicks (High Fidelity, Being John Malcovich) and balancing it with more dramatic turns (The Grifters).

But we’re going on a long time here. It would be nice if he did something good again, like in this century.

I continue hoping to see Cusack do a project that reminds me of why I used to be such a fan of his. I am always pulling for him. But his recent decisions only push that affection further and further away. In The Bag Man he once again just wastes his time in a subpar movie.

Cusack’s Jack is yet again another one of his hitman dressed in a black suit. Ever since Grosse Pointe Blank he’s gone back to this wardrobe choice for a lot of his characters. I envision he must have closets filled with rows of black suits.

Immediately we learn Jack’s had a problem picking up the bag. He’s shot in the hand, killed an attacker, which he shoved into the trunk of his car. And now he sits in his motel room, in the ominous room number thirteen (subtle huh?) waiting to see what happens next.

One of the entertaining things about a film noir is how seemingly simple situations take complicated turns and things begin to spiral out of control for the characters.

What at first seems like smart, rationale decisions lead to bigger unexpected problems and the story unfolds with the precision of clock. It’s most effective when all of it makes sense and has a logic to it. It’s that overall feeling of impending doom that our hero is heading for and there’s nothing that he can do to get out of it that keeps us riveted.

And strangely here there’s not a lot that happens – or at least anything compelling. The film begins to unravel in a surreal quirky style. Confusing. strange, boring characters and forced predicaments start to pile up that I lost interest in wanting to be stuck around that motel.

We meet Crispin Glover as the strange wheelchair-bound motel clerk. A pair of pimps, one a ‘Serbian dwarf begin hassling Cusack as they look for their hooker played by Rebecca Da Costa, who Cusack is hiding in his room. And inevitably a sheriff who moseys up to Cusack’s door and won’t go away.

There’s no logic to most of it, plot holes are all over the place. Most of the characters don’t serve much purpose and seem to be there only to allow Cusack to kill them. There’s very little motivation from anyone. Things just happen and it appears the screenwriter didn’t want to bothered with trying to have rational decisions from the characters influence the direction of the story.

For a guy who DeNiro supposedly has respect for and who is one of the best in the killing business, Cusack is awfully stupid. There never came a point when the tension started to dial up and I was anxious to see how Cusack would get out of it.

And then the film stops at points for some insipid dialogue. I suppose it’s trying to be quirky and smart sounding. Declarations of loving Israel, breaking a woman’s nose and giving her the number to a plastic surgeon, no one being allowed to touch Glover’s wheelchair, and changing the direction of ones life by watching episodes of Full House.

They’re all just random bits that have nothing to do with the story, but the film decides they’re gems enough to stop everything to share them with us and let the actors have a showy moment. Perhaps they’re meant to add some flavor to the proceedings, but they just end up being head scratching.

Another component of noir films is its visual style. Dark moody scenes that practically blanket characters. It’s almost comical how dark writer/directer David Grovic makes The Bag Man at points. The film became so dark at times I thought there was something wrong with the dvd since my screen would go completely black. I’m not exaggerating! I was literally watching a black screen at times. I mean, I heard the movie continuing to play, but I couldn’t see a single thing. That can be kind of frustrating when you’ve been waiting for something to happen, something does and you can’t see it!

DeNiro shows up for maybe about one-third of the movie, not surprisingly at the beginning and the end of it. I think most movie fans have come to expect that his presence in a film doesn’t equate the mark of quality anymore. I can understand why he would do silly mainstream movies for a big paycheck, but stuff like this gets me more confused. He couldn’t have gotten a big salary from this, it’s not really artistically challenging, the story itself is not any good.

So I don’t understand what was going on. Unless he just likes to work so much that he’ll take any offers he gets if he has downtime to do them.

This was pretty bad. This is almost a quintessential example of a movie that most people will never have heard of and it will be a complete surprise to them when they see it pop up on a sidebar on Netflix or spot it sitting in a Red Box. They might think it’s worth a gamble and when they watch it they’ll find a very frustrating, nonsensical movie.

Oh, and what’s in the bag? By the end I didn’t even care. 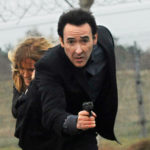 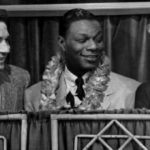