Nicholas Cage was about to leap tall buildings in a single bound in Tim Burton’s almost Superman movie ‘Superman Lives’. After months of preparation and millions of dollars spent on concept art, suits and special effect tests Warner Brothers pulled the plug on the big-budget film.

The Death of “Superman Lives”: What Happened? gives a glimpse into ‘what might have been’ of Burton’s take on the Man of Steel. Interviews with the screenwriters, special effects technicians, costume designers and Burton himself reveal the radical concepts and approach to what then would have been the first post-Christopher Reeve Superman film. Then after detailing all the preparation and with actual filming so close to commence the documentary covers how everything unraveled, Warner Brothers canceled the film and Superman Lives would move into becoming a mythic failed project leaving fans wondering – would it have been any good?

After a fan funded campaign writer/director Jon Schnepp completed his examination of Burton’s aborted Superman film. It’s an interesting topic for superhero fans. What would have possibly been such a high-profile production, seeing it falling apart and getting a peek into what Burton might have done with Superman is an appetizing idea.

Despite some interesting interviews and old behind-the-scenes video clips, the doc becomes something of a mish-mash of stories and anecdotes that never really manages to create a clear picture of ‘what might have been’. After watching it I never got an idea of what Burton’s film would have been like or what was the story everyone wanted to tell. I have no clue as to whether Superman Lives would have been any good and we were robbed of this spectacular film or was it just a disaster that everyone avoided.

There’s a good amount of time spent on the numerous scripts that passed through three different screenwriters pens, beginning with Kevin Smith. Yet the doc never explains just what kind of changes were happening with those scripts as they were passed from one writer to another. It would have been nice had the doc provided sypnosis’ of those scripts and a breakdown of what was dropped and introduced through every draft. So I felt I was following the production of a movie that I didn’t have an understanding as to what it was about and that just left me frustrated. It’s not a very polished film, which is ok, but some of Shcnepp’s interviews and the editing of it come off pretty awkward. Most of the time Schnepp includes himself in the shots of him talking with participants and seeing him pop up constantly gets distracting.

Superhero fans will obviously enjoy watching this doc more than the average viewer and there are some interesting stories to hear (a Lex Luthor/Brainiac hybrid played by Kevin Spacey and Christopher Walken sounds unbelievably strange and I was left wondering how it would have worked), but I don’t think it’s something on their ‘must-see list’. It’s a shame too, since this will probably be the most comprehensive look we’ll ever get at Burton’s failed Superman film.

I still don’t know how ‘Superman Lives’ would have been. When I think about Cage being Superman I just don’t see it. Maybe I just can’t get a handle on Burton’s surreal take on the character. I always thought Cage would have made an awesome Bizarro! Now that I can envision! Cage’s unique, quirky acting style creating a character that would be the backwards anti-thesis of Superman. I would have loved to have seen what he would have done with that role back then. 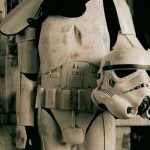 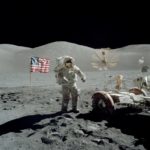 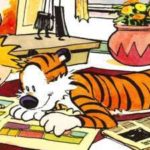