Narrated in her own words Bettie Page Reveals All is something of an enlightening story. I was never familiar much with her personal life and only knew her from the thousands of photographs that made her one of the most famous pinups in history.

Her modeling and pinup chapter of her life is naturally the centerpiece to the documentary. It’s not surprising since that’s what Bettie’s major claim to fame is.

As for her background and what led up to her being the famed dark-haired, banged bombshell and what exactly happened to her when she departed posing in front of camera lenses was always something of a mystery.

Once Bettie left her photo shoot life she literally disappeared. It didn’t seem like anyone knew what became of her and all that was left was rumors and speculation of what happened to Miss Page.

The fact the film has Bettie actually telling her own story is special. That alone will make any Bettie fan want to watch this. She had rarely done any interviews after she had an upsurge of popularity decades later when new generations would rediscover her cheesecake poses.

We never see the elderly Bettie herself. This was one of her wishes that she just be remembered for her long ago photographs as her young self.

So where was Bettie while she was gradually becoming a pop culture icon, influencing artists and fashion? Unfortunately the film reveals it was a sad, arduous journey for her and she did indeed have a tough life.

The film is a linear journey with Bettie talking about her life that’s bookended with footage of her funeral in 2008. She discusses her family life, her failed attempts to become an actress in Hollywood, an unhappy marriage to a high school sweetheart, moving all around the country and some unsettling stories of being a young naive beautiful girl who was taken advantage of.

Some of the stories she relates are depressing. I don’t know if it was just her personal relaxed demeanor but somehow her matter-of-fact way in which she describes them makes them sound even more upsetting.

Some of the selections of footage don’t mesh very well with her descriptions and can be a bit off-putting. But I suppose they had to come up with something to show onscreen since they couldn’t use her face to cut back to, but some of the creative choices are awkward.

One of the most interesting parts of the doc I found was Bettie’s introduction to modeling via 1940s ‘camera clubs’. They were these small niche groups who got together to enjoy the hobby of  ‘artistic photography’ and photograph naked women. It sounds like it could be a sleazy experience for a young vulnerable woman, but Page describes it in a very sunny, innocent atmosphere and has fond memories of it all.

The film includes a few brief interviews with former members of the camera clubs and their recollections of photographing Bettie. I would be very curious to see a documentary featuring this secretive little society and the problems they must of faced by police at a time when what they were doing was considered taboo.

It’s when she retired from her pinup career when the darkness engulfs her story again. Failed marriages, attempts to become a Christian missionary and sadly a nervous breakdown lead up to a renewed popularity decades after her pinup career.

It’s ironic that her happiest experiences seem to be in that period when she was the famed ‘Bettie Page’ and outside of that she endured turmoil and drama before and after. I’m not sure if the filmmakers intentionally played that up, but you can’t help but see it that way.

Overalll, it’s a pretty good examination of Page and an account of her life. At times it gets a bit overlong with Bettie praise and the large impact she has had on pop culture.

I would have liked had the film taken a look at how exactly the reemergence of Betty happened in the 1970s and 1980s period while she was struggling with mental illness. There must of been something that ignited it. An advertisement used one of her old photographs, a reference to her in a popular movie or a song, there had to be something that started the snowball of rediscovery about her. We only meet a president of an early Bettie fanclub who was determined to find out what became of Bettie and actually enjoyed a meeting with her back in the day.

Bettie fans should enjoy the film and you will surely learn a few new things about her you never knew, see some never-before-seen photos and be reminded how gorgeous she looked in front of a camera. 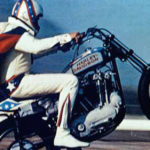