So every baseball fan, or anyone who casually watches ESPN, has heard about Detroit Tigers Armando Galarraga’s nearly perfect game. Well, it was in fact a perfect game, until the final out should have been called. Due to umpire Jim Joyce’s botched call on a seemingly clear play the batter was ruled with a hit and Galarrag’s bid to be part of baseball history ended and protests, unfairness and venom had begun.

Cries of the use of instant replay were reintroduced and naturally the insults to umpires and their eyesight have been hurled around Major League Baseball.

I feel bad for Jim Joyce. He obviously feels bad and knows what a blunder he made. Everyone has to understand that umpires are human (even though fans might not feel that way all the time) and they make mistakes. Baseball has that fallible element to it and it seems to be widely accepted as the way the game should be played. Some calls go for to your team’s way, while others don’t.

But I wouldn’t mind a bit more reliance on the instant replay to get some calls right. Right now they’re using it only for disputed home run calls. This doesn’t make much sense to me. I think I can understand what Baseballs commissioner Bud Selig’s rationale is. Home runs are supposed to be game changing, important plays during the game so the calls on them should be right. If the opposing team wants to dispute it we’ll go back to the cameras, examine the footage and after an ump meeting they’ll make a final determination.

But who says a home run will be the most important determining factor in a game and why limit it to only those?

Contrary to what Selig might think, the game of baseball doesn’t just rely on home runs as lynchpins in a game. Any kind of play can be the crucial turning point. Bunts, strikes, balls, steals, fouls, they can all be an important deciding factor in the final outcome.

And as we’ve just seen, even easy plays at first and getting the call right can be a difference between a simple move up in the win column for a team or being part of baseball immortality for pitcher who was only a handful ever to accomplish a feat.

I don’t like the idea of going to the videotape after every play. I think baseball would lose something. But I wouldn’t be opposed to giving the two teams playing two or three passes to go to a video review on argued calls during a game. I don’t think it would slow the game up that much, something that’s one of the arguments about it.

Plus, it would save historic accidents like this from happening and prevent the guilty umpire to carry around the shame of his botched call for the rest of his life. 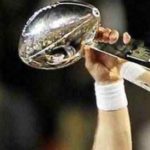 10 Reasons Why I Don’t Care About The Super Bowl 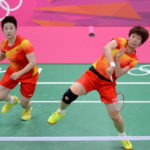