Sometimes curiosity gets the better of me and I just have to take a peek at a movie that I’ve heard was so bad that its overwhelming stink had become a notorious disaster.

Every reaction I heard about it was awful. You would have to peruse over dozens of scathing reviews to find something positive someone found in it. Once the terrible word was out about it audiences stayed away and it died a quick death in theaters only to make a brief return in Worst of Lists at the end of the year.

Of course there’s always a few fans that don’t understand the hate and actually do enjoy the movie. Maybe after checking it out I will become one of those people. Just lower my expectations a bit and don’t let everything I heard influence me. Who knows maybe I’ll dig it.

Well, not this time. The general consensus by the majority is so right about this movie. They were so, so right.

What the heck am I doing with my time….?

Star hockey player Darren Roanoke (Romany Malco) has emotional problems since his wife left him for his rival Jacques “Le Coq” Grandé (Justin Timberlake). With his hockey skills on the downward slope by his personal issues he’s no help to the Toronto Maple Leafs to win the Stanley Cup. The team ower Jane Bullard (Jessica Alba) hires Guru Pitka (Mike Myers) to help Darren overcome this stress and help them win the Cup and the admiration of their fans.

Initially the unorthodox Pitka has his own sights set on dethroning Deepak Chopra as the number one guru and is eying a guest spot on Oprah. However, when he meets the lovely Jane this Love Guru gets smitten and vows to help her team and hopefully win her heart.

This movie is terrible. What a tragic unfunny experience this was. The story is stupid, this character is extremely annoying, the jokes are juvenile and the worst part of it all it’s all extremely unfunny!

Mainly the humor consists of potty humor at a twelve-year-old level. Let’s see, we have fart jokes, pee jokes, poop jokes. If you love penis jokes you might enjoy this.

There’s actually a dinner scene where the main course is meant to look like a ball sack. Myers holds them up and mugs to the camera doing tired schtick trying to make the gag funnier – it isn’t. When they start smashing ‘the nuts’ with a hammer it’s clear they have nothing else to offer in regards to the comedy here.

This is an extremely self-indulgent flick. It’s like Myers thought this character would go over so big and become part of his beloved stable of creations. Maybe Pitka could have been if there was actually some smart satire written here. If they used him to goof on the self-help movement, the popularity of gurus, western teachings being dumbed down to an eastern audience. There’s nothing like that.

Instead it’s just Myers putting on a ‘funny voice’ and a series of bathroom humor filling up the screen time. I can’t recall if the movie was met with attacks by Indian groups for portrayals of stereotypes or mocking their culture or anything like that. Maybe this flick didn’t even warrant that attention.

Besides relying on the aforementioned dick jokes, there are pointless cameos, Pitka’s teaching through unamusing acronyms, characters fighting with urine soaked mops, Myers performing songs on a sitar, small jokes aimed at Verne Troyer, Justin Timberlake further trying to convince everyone he’s funny (I never bought into that) and Jessica Alba once again looking great in an atrocious movie. She just keeps adding those feathers to her cap.

Myers was a talented guy once. Everyone loved his Austin Powers character (before he ran that joke into the ground with sequels). Wayne’s World featured one of his popular Saturday Night Live characters in a pretty fun movie. Yeah, remember all those SNL characters he created, Wayne was one of the highlights on the show back then and when he took him to the big-screen it did the skit justice.

Then in the last ten years Myers has disappeared. Other than being the voice of Shrek (which that also was run into the ground with subpar sequels) he’s almost vanished. When he has emerged it’s been in some pretty awful films.

His biggest live-action appearances was The Cat in the Hat in 2003 and here as the Love Guru. I guess if you want to you can count his three minute cameo in Inglorious Basterds in 2009, but I don’t. Myers the performer has practically completely dissolved away. The Love Guru didn’t help things. Some reviews actually suggested the idea of retirement to him after witnessing it and said the film could be a career-ender. That with this movie it proves he has simply run out of material. This is on top of all the stories about how difficult he is to work with. Perhaps all that explains why we haven’t seen him since 2009.

I was expecting this to be bad, but I had no idea how bad it really would be. I sat there stone-faced for ninety minutes wondering “Why in the world would they think this was funny? They couldn’t have all actually sincerely believed in this. There had to be someone on the set who realized they were helping make a stinker, right?”

It’s a putrid movie. If you were to ever watch it I would like to say to look out for at least one high point and offer a tiny bright spot in this dreck, but there is none. No, none. Oh I guess I could repeat Alba looks good again in it. And no she doesn’t get naked so forget that. It’s simply a miserable, unfunny experience.

No wonder we haven’t seen Myers headline a movie since this. 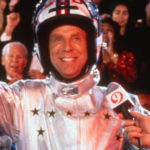 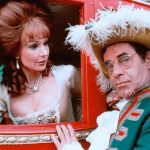