It’s 1893 London, and writer H.G. Wells (Malcolm McDowell) has just revealed to his dinner guests he has has constructed a time machine. As he describes how his machine works this momentous occasion is interrupted when police knock at his door looking for the man they say is the violent killer Jack the Ripper. the notorious murderer has struck again and has been followed to Wells’ home.

It turns out the Ripper is in fact Wells’ good friend Dr. John Leslie Stevenson (David Warner) who has escaped somewhere in time in the machine. Wells feels obligated to stop him, so he follows Stevenson to present day 1979 San Francisco.

Trying to become acclimated to this strange modern world Wells meets bank employee Amy (Mary Steenburgen). A bit of romance blossoms between these star-crossed strangers, while Wells tries to stop Stevenson from expanding his violent crimes into this century.

Time After Time is an extremely entertaining movie. It has a bit of comedy, drama, romance, thrills, suspense, sci-fi, fantasy. It has a lot of components going on and director Nicholas Meyer manages to make them all somehow click.

It’s quite impressive when you think how well each of these aspects is handled. While rewatching this I started thinking how the romantic comedy parts of the movie work so well.

In comparison to countless insipid romcom films we’ve seen in more recent years, Time After Time succeeds with making you get invested in these two, watch them interact and hope somehow they end up together – and that’s not even the only story thread happening in this film.

The use of many San Francisco locations have made the film age quite well. Sure, there are some funky effects during the time travel portion and there’s the long ago 1970’s era that Welles finds himself in, but it remains an engaging movie and has a air of timelessness about it.

It’s mainly a three character show, and all of them are quite good.

If I had to give the film any kind of complaint, I’d say at times Steenburgen doesn’t come off completely convincing as this ’70’s liberal feminist. Some of her dialogue at times comes off pretty ditzy and unnatural, but it’s really a minor quibble on my part.

She’s so likable and cute that I still like her immensely and don’t blame Wells for falling for her. McDowell and Steenburgen do have some enchanting chemistry. I guess, some of their real life attraction meeting on this film crossed into their performances, and it shows.

Warner is deliciously evil and a capable opponent for Welles. He’s smart, calculating, and as the Ripper should be, completely willing to murder without hesitation. Even when he’s out in the open and we’re sure he won’t do anything at the moment Warner is able to exude evil just by his voice and stare.

The added fact that Stevenson and Welles were such good friends adds even more interesting complexity to them dueling across time. Stevenson appears to be able to adapt to this new modern time much better than Welles, which gives him an even greater advantage. McDowell is good as the somewhat nerdy, but convincing scientist. He gets to play some comical moments reacting to what he thought would be this utopian world. And he’s able to shift gears convincingly pleading with police to believe him, trying to save Amy from the Ripper and being broken when he thinks he might be too late. He must have really enjoyed playing this role.

I always liked how he doesn’t have to exaggerate the comical moments he’s given to play. Walking into a McDonalds and seeing behavior allows him to order some fast food with little problem. It doesn’t turn into a full blown out comedy scene.

Instead of going for easy laughs by his confusion navigating through modern day San Francisco, he manages pretty well and never acts dumb for the sake of a joke.

He’s disoriented sure, but he anticipates he should be. He’s smart and tries to cover his out of time presence the best ways he can. Which makes sense, since Wells is meant to be a super smart guy, it would be awfully silly if he was running around pointing and telegraphing that’s he’s trying to understand this new modern world.

It’s a really wonderful timeless film. It has so many different elements to it, which you might think, ‘oh it can’t be all of that’ – but it is! It’s funny, romantic, dramatic, suspenseful. It’s a very unique movie that everytime I revisit it it’s still as entertaining as I remember it. 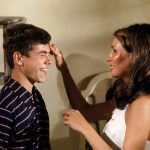 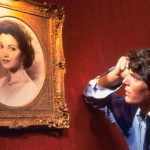 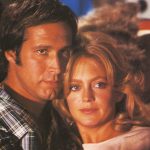