Annette Funicello who was best known as one of the original Mouseketeers on the Micky Mouse Club and as Frankie Avalon’s cute co-star in several ‘beach movies’ died today from complications of multiple sclerosis. She was seventy years old.

Her Mickey Mouse days were long before my time, so I never got familiar with her from wearing mouse ears. The thing I most associated Annette with was her ‘beach movies’ with Frankie Avalon. Although, honestly I never saw many of them.

They apparently did about half a dozen together. I don’t even know if they always played the same characters and it was a series or sequels or it they tried to make each one different with no relation to the previous one or they just said, “that last one was really popular so we’re going to make another party on the beach flick with you two kids. Just play yourselves, no one will care.”

I know I saw one or two of them, but have no idea which ones they were. I do recall Annette always looking very cute in those flicks. She had wholesomeness about her. She definitely seemed a lot more innocent than most of the other 60s sex symbols.

While guys might of been lusting after Raquel Welch or Jayne Mansfield, Annette was the girl you could actually take back and introduce to Mom and Dad. Wasn’t that the idea back then or do I have that wrong?

Those ‘beach movies’ were the real craze at the time for the kids going to see them. So it’s no surprise that Frankie and Annette became these teen idols for those groovy kids back in the 1960s. I remember reading somewhere there was some issues with her showing her belly button in her bathing suits. I know Barbara Eden went through similar stuff on I Dream of Jeannie. At the time that was real risque stuff. Showing a navel how scandalous! The very idea of a belly shirt would probably get you arrested for some kind of indecency act.

Anyway, the one flick I really remember Annette from was ironically her and Frankie’s reunion onscreen in Back to the Beach from 1987. Somehow these two infiltrated my subconsciousness of cinema and I already knew who these two actors were and what they were best known for even though at the time I had never seen any of their original beach movies.

Admittedly I was just jazzed for Back to the Beach at the time because I knew Gilligan was going to play a bartender.

So I’m sure Annette fans are upset over her death and there will be a lot of remembrances of her career. Perhaps I’ll try to catch one of her beach movies. I suspect some station will be playing them. One thing that’s kind of odd, although I wasn’t a big fan of hers and never really thought much about her, not that long ago I posted one of her songs in a blog – Pajama Party. Maybe I’ll do it again for the heck of it.

Now with Annette’s death coming so soon after Roger Ebert’s I’m guessing that will fuel the whole ‘they always die in three’s’ superstition about celebrities and folks will be on the lookout for the next death in showbiz. Kind of a morbid past time. 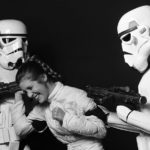 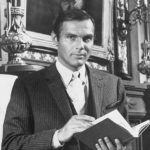