The popular and cheesy television show Baywatch gets the big-screen treatment in a big-budget satiric comedy starring Dwayne Johnson and Zac Efron.

A pack of California lifeguards take their life-saving duties extremely seriously. Between running in slow-motion and saving swimmers, they’ve stumbled onto a drug smuggling operation right that threatens the beach and their jobs!

Baywatch was the cream of the crop when it came to guilty pleasure tv shows. Watching it was about experiencing bad acting, ludicrous plots and seeing bathing beauties in swimsuits. That was about it. Ok, it did have David Hasselhoff, but it was very hard to take him seriously in his role as lead lifeguard Mitch Buchannon. He has the unique knack of trying to be as sincere as possible in the most ridiculous scenes. That was really the fun of Baywatch. You didn’t really watch it for any kind of serious drama, but rather reveled in the entertainment value of how bad it was. It was trash TV.

Between endless music montages and the famous slo-mo running, the show presented outlandish stories like escaped criminals, attacking squids, earthquakes or life and death surfing competitions and beach romances. The fact it tried to play everything as straight and sincere as possible turned the show into something so gleefully absurd that it was hoot to watch. That was part of its charm….as unplanned as it might’ve really been.

I’ll admit, I still occasionally watch an episode and truly get a jolt of adolescent enjoyment reveling in the ‘so bad, it’s downright hysterical’ aspects of Baywatch. Finally catching my breath from laughing after watching Hasselhoff perform surgery on an escaped criminal, I remind myself – this was actually put out on television and millions of people were watching it.

That fact alone is more interesting and funnier than anything the big-screen version does.

It’s kind of difficult to poke fun at a show that is so easily pokable. Really, the jokes about the slow-motion running was old back in the ’90s. Save for a few satirical jabs that land, Baywatch the movie is pretty much a bust. Johnson takes on the lead role of Hasselhoff’s Mitch. He’s an over-the-top heroic lifeguard who is worshipped on the beach. He butts heads with new lifeguard and former Olympic swimmer Matt Brody (Efron). Brody is not exactly a team player and that’s exactly what he needs to be in order to be part of the Baywatch family.

Mitch and his crew take their jobs WAY too seriously. After some crass and vulgar gags involving mainly penises, there’s the plot…. which really is not worth going into. Let’s just say it involves drugs and powerful folks who run the county and are in charge of the lifeguards. You’re really not going to care about it or get invested in the lifeguards cracking the case. You’re not watching for that, you just want some silly fun.

Baywatch is meant to be an action comedy, but neither of those parts work very well. The action is by the numbers,. Just a series of quick cutting melee of scenes with a loud soundtrack accompanying it. Thinking back on it, I can’t really remember one particular stand out action moment. Once the easily exaggerated pokes are made at the original Baywatch, the comedy pivots to the low-brow arena. If that’s your thing, maybe you’ll enjoy seeing a guy get his dick caught in a beach chair or Efron looking under a dead guys balls or him puking in pools. It’s a very narrow type of comedy.

For me, the humor got very desperate very quickly and the movie started running on fumes almost immediately.

There are a few…a few amusing bits. Like all the names Johnson calls Efron and them getting lectured that lifeguards don’t do police work. Hints of this over-the-top lifeguarding culture that is so important to the characters and is the center to their worlds and identity. But that’s about it.

There’s really not much to say about Baywatch. It’s a glossy looking movie that seems to know what exactly it wants to be. I have to give it credit, it doesn’t try to get too smart or aspirational for its own good. It knows it wants to be a silly Saturday night movie and just provide some fun and laughs and it tries to set out to be just that. And Johnson and Efron are willing to have fun with the silliness.

But what it does give you is nothing terribly original or funny. The cast of supporting characters are all unremarkable and don’t provide either the laughs or sexiness that make any scenes stand out. The gags are tired and lame. The plot….what was it about again? You’re not going to remember much about Baywatch soon after seeing it.

I imagine the box office expectations for the film were much higher than the final results. I recall the heavy promotion and hype that they put into it. It was marketed it as one of the big releases of the summer and with Johnson’s crowd pleasing track record at the box office it seemed like a surefire hit.

Johnson has become the biggest star during this period of the 2010s and no matter how silly, dumb or nonsensically CGI-filled his movies are they always seem to become popular hits. This wasn’t the case with Baywatch, which ended as a disappointing reboot. The tease of sequels to it seem very unlikely to ever happen at this point.

It’s a shame the lack of success the movie had sabotaged the likelihood of the return of Baywatch to TV. With everything getting reboots today, it seemed inevitable Baywatch would be back at some point. Rather than a film it probably would work better back on the small screen via some streaming service. Just get back to the basics of making a melodramatic beach soap opera about lifeguards. But since they banked the title on this big glossy comedy movie and it failed to live up to the hype, it’s kind of sullied the Baywatch IP. As hard as that seems to do.

I say if you want some real laughs, get together with some friends and watch a few episodes of the original show. The classic Baywatch with Hasselhoff, Pamela Anderson and the cast of red-suited lifeguards had some terrifically hysterical moments – and it wasn’t even trying for them.

Some classic Baywatch – grenades on the beach! Hey, it happens! 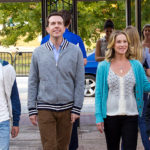 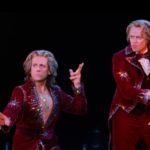