Bond 25 is coming we’ve been told. Things looked lined up, but now it looks like Bond 25 is facing major problems.

Eon announced a release date of November 8, 2019 for Bond 25. That would be a four year wait since 007’s last adventure Spectre, but fans are starting to get used to these long annoying gaps during Daniel Craig’s tenure as Bond.

Oh, yeah Craig is coming back. No questions there fans. He officially announced he would return to the role for a fifth time. That ends that speculation.

Every movie needs a director and Bond 25 has one! It was announced Danny Boyle had signed on to direct Bond 25. The Oscar-winning director would be a first time Bond director. He might seem like an unexpected choice to helm a Bond movie, but he and screenwriter John Hodge absolutely dazzled Eon with an idea of what to do with Bond 25.

It was all looking like things were progressing with no speed bumps ahead. It didn’t look like any issues that plagued the series before were a threat. Eon and MGM were all running smoothly. They partnered with Universal Pictures to distribute Bond 25. No looming writers strike on the horizon. No worries about having to choose a new Bond actor. A director and screenwriter have signed up. And a start date for filming – December 9, 2019, gradually approaching. Bond 25 was looking good. That was until Eon announced Boyle and Hodge decided to leave the project.

Now Bond 25 has a real problem. Eon has to scramble to find a replacement director and get a script banged out – and do it in a hurry if they want to keep that planned start date and try to make the announced release date.

There’s just been way too much drama for a film series to handle during Craig’s Bond run. No one really seems to know what is going on or what the current status of Bond 25 is. There has been no official announcement of its release date being pushed back and the internet is filling with rumors as to what is happening. I wouldn’t pay much mind to that nonsense by the way. It might be fun to click on and see captivating headlines, but they’re all really meaningless and not worth entertaining. I prefer to wait for ‘official’ news.

And officially at the moment we know nothing about Bond 25 and it doesn’t seem like it’s any closer to being filmed and ready to go than four years ago.

With essentially no news to talk about I decided to share some thoughts about how nothing is happening with Bond 25, the uncertainty of the series and try to offer some trivial Bond news. I think it’s better than entertaining the dopey rumors. 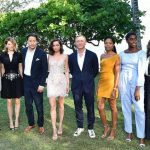 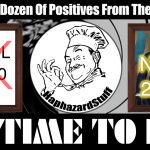