It’s the middle of WWII and a submarine captain leads his crew into enemy territory. Opening his orders he discovers his secret deadly mission is to sneak the sub right off the coast of Tokyo, have a small team travel ashore, obtain vital weather information all to assist the upcoming Doolittle bombing raid on the city.

It’s not exactly going to be an easy mission. But Captain Cassidy (Cary Grant) leads the diverse members of his crew knowing that they’re a vital part in the war machine. They know it’s their duty to try and stop tyranny from triumphing and if this mission is successful they’ll be one step closer to ending the war and going home.

There were plenty of war films made during WWII. The Hollywood studios helped do their part in the war effort making inspiring stories of soldiers taking risks and making sacrifices.

They were mainly designed to inspire audiences and remind everyone that America was good, the enemy was bad and how we all needed to work together to accomplish what needed to be done. The war was an unavoidable means to an end and whatever sacrifices that had to be done to defeat the enemy we should do proudly and without hesitation.

Audiences would soak up that message and walk out of the theater with their heads held high, filled with patriotism and ready to do their part.

That’s what Destination Tokyo was made to do. The politics and one-sided viewpoint is unavoidable to miss. Yet, leaving that aside it’s a better than average wartime movie thanks to some of its performances, its claustrophobic setting and the tension it begins to build as we follow the men on their mission.

Grant was always a charismatic actor onscreen. And here he’s no different. Whether spouting out wartime rhetoric, giving command orders or recounting stories about his son I can’t help but enjoy watching him. He’s backed by a cast and characters that I felt was somewhat of a grabbag. We have the young rookie, the hotheaded atheist, the colorful cook, the novice doctor, all of whom by the end of the movie learn a thing or two and are better people after their sub experience.

Some of the characters work, some don’t. Many of them feel cliched and are characters we’ve seen many times in other movies and aren’t unique enough to make most of them particularly memorable. Yet, some of the individual performances remedies that and makes their time on screen somewhat effective.

John Garfield is the second-billed star after Grant. He’s the ladies man of the crew aptly named Wolf. He enthralls them with his tales of meeting dames and all that. He has his moments of injecting humor amongst the exchanges of patriotism and responsibility, but after awhile I found he got old pretty fast and wasn’t as humorous as audiences might have thought at the time.

The same goes for the melodrama. Inspiring stories are shared, about their families, reminders of what is waiting for everyone back home. Some it gets very clunky and very ham-handed, while others feel surprisingly genuine.

The view of the Japanese is made quite clear. They are an awful subservient people who have been raised to die for their leader. Grant has one particularly well written speech comparing our American children being given roller skates when they are little and the ‘Jap’ children being handed daggers. It’s clearly a propaganda speech to dehumanize the enemy and it probably worked. When watching this today you have to remind yourself of the time it was made. The use of the words ‘Jap’, ‘nip’, the view they were all evil and none could be trusted was the general view by the majority of Americans and the government wanted to reinforce that perspective as much as they could on the public. And they used movies to help do it.

Where the movie really works is when it leaves aside the rallying rhetoric and focuses on the actual mission and the dangers the crew encounter.

It’s all the usual submarine stuff that are seemingly a requirement in any movie set on a submarine – getting through a blockade, avoiding depth charges, water leaking in, going to silent mode. All that fun stuff. And despite the movie clearly using models for its sub scenes (along with real wartime footage here and there) it works thanks to the cast.

It’s not bad. I can’t say it’s my favorite of the WWII-era movies that were made to make audiences cheer that I’ve seen. I much prefer 1943’s Sahara with Bogart over this. But there’s some suspenseful scenes and I’ve always been a sucker for a decent submarine movie. 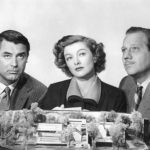 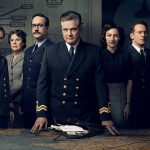