The most patriotic superhero makes it to the small screen in not one, but TWO television movies!

Today while fans are being treated to tons of superheroes showing up in all sorts of episodic adventures, the 70’s were once the pinnacle of superhero exploits on television. They just kept coming.

Young fans were huddled around their television sets tuning into watch Wonder Woman, Spider-Man, the Incredible Hulk and soon one more hero would arrive. Fans would be given the first live-action appearance of Captain America since his serial adventures in the 40’s.

Reb Brown stars as Steve Rogers a former Marine and aspiring artist, who’s given a real funky experimental steroid serum and before he knows it he’s the ultimate soldier.

Taking on his father’s old nickname of ‘Captain America’ and wearing a costume based on one of his sketches he agrees to work with the government to stop bad guys who threaten the safety of our country.

He gets assistance from Dr. Simon Mills (Len Birman) the biochemist and intelligence official who provides Steve with a tricked out motorcycle and a shield made from “jet-age plastics” that will help in his fight against evildoers  everywhere!

Co-starring Connie Selleca, Christopher Lee, Heather Menzies-Urich and Steve Forrest how does Captain America and Captain America II: Death Too Soon hold up? Is all the criticism and eyerolling the films have received from fans warranted or are they simply misunderstood gems that were great for their time? 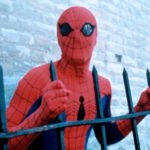 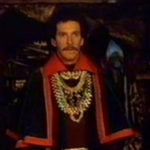