I just heard about this today.

Apparently Anthony Hopkins will be playing Alfred Hitchcock in a film due out in 2013. The film simply titled Hitchcock is said will recount the period of the 1960’s during the filming of Hitchcock’s masterpiece – Psycho. It will supposedly cover the difficulties The Master of Suspense had convincing the studio to finance such a grisly film.

Hitch used his own unique morbid tactics to sell them on the idea. So, there should be a lot of turmoil recounting this the struggle as Hitchcock’s agent Lew Wasserman appears in the film. He will be played by Michael Stulbarg.

The unique promotional tactics used to market the film to movie audiences may also be touched on. The famous ‘no one will be allowed to enter the theater after the film begins’ was a genius move. This made everyone even more curious about Hitchcock’s latest film. And I’m sure there will be the final victory of Hitch having made one of the most influential and famous films in cinema history. It can be played like a real underdog-type of story with a victorious conclusion.

Helen Mirren will play Alma Reville, Hitchcock’s wife and consistent co-worker on his films. She was herself a talented writer and editor and was said to be a constant source of inspiration and her creative assistance was a vital component in the creation of Hitch’s work.

The film will be directed by Sacha Gervasi. Somewhat of an unusual choice. His only other directing credit is the 2008 documentary Anvil: The Story of Anvil. A very good documentary by the way. I have a review of it somewhere in these blog archives.

As a huge Hitchcock fan I’m obviously very interested in this project. Hitch has always been not only one of the most famous film directors ever, but a fascinating individual by himself. His unique, macabre sense of humor has become almost as legendary as his films.

Not too long ago I was watching an an old interview with him on the Dick Cavett show. Hitch recounted how he had a dinner party where all the food was blue. When Cavett asked him if he explained to the guests it was a joke, Hitch simply said “No.”. I thought that was hysterical. I always loved that story.

I think Hopkins is a great choice to play Hitch. He may not look exactly like him – he might not try to sound like him either – but Hopkins has been very effective playing real life characters and not relying too much on doing a straight impression, but playing the persona enough that you just accept who the character is and letting his acting do the rest.

I’ve read the film has finished filming after a short thirty-six days shoot. I don’t know much more than that. No release date has been set.

I’m sure there will be artistic liberties taken with the story as is typical with true life stories. Hopefully it won’t stray too far from the actual events and result in an entertaining film and offer up some insights into Hitchcock the man and the filmmaker.

It’s got to be better than the 1998 Gus Van Sant Psycho remake at least….. 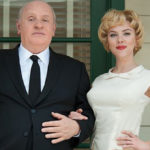 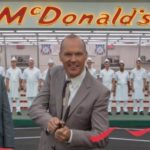