It’s been a long time coming.

Harrison Ford returns as Indiana Jones in what is apparently his final time as the adventuring archeologist. James Mangold is directing, while longtime Indy director Steven Spielberg has stepped back from this one. The cast includes Mads Mikkelsen, Phoebe Waller-Bridge, Antonio Banderas and John Rhys-Davies returning as Indy’s pal Sallah.

Fans have been hearing the rumors, getting sneak peeks of behind-the-scenes photos and have been wondering just what will this fifth Indiana Jones be called.

Well, with the release of the new trailer we the got the answer – Indiana Jones and The Dial of Destiny.

I don’t want to draw this out, so I’ll just get to what I thought of the trailer, which is a rather tired, “Eh”.

It didn’t wow me or make me very excited to see this latest installment. Sure, some of the de-aging of Ford looks pretty cool and hearing John Williams Raiders theme will always get my heart racing. But other than that I just don’t think this movie looks very promising. The jokes about Ford’s age and him still running around doing action-packed Indy daring do’s is such an easy and overdone critique it isn’t worth. Yes, everybody has their ‘Indiana Jones and the Hip Replacement’ one-liners. It’s very cute.

It is true Ford is eighty-years-old now and I think he still looks remarkably fit and great. Is it enough for him to play Indiana Jones….I’m not sold on that. I thought Kingdom of the Crystal Skull was a big old bust. Fifteen years later from that movie, I don’t anticipate the action will be much better and there will be even more assistance from CGI to help with the convincing. Remember when Ford said back then they were still filing Crystal old-school, with not a lot of CGI effects. It sure didn’t look like it.

In fact, The Dial of Destiny looks coated in CGI to the point, it didn’t look like an Indiana Jones movie to me. I still prefer the old raw quality that Raiders of the Lost Ark had. It looked dirty, gritty, rough, Ford was getting punched and banged around, it looked like it hurt, the stunts were some of the best in cinema! The Dial of Destiny in comparison looks like it could be a Marvel movie.

I’m also not too keen on those story rumors. It used to be Indy was searching for an artifact. Now the gossip is this will be some kind of time travel adventure with old and young Indy meeting up and…..well, I won’t go into the potential spoilers I’ve read, but if they’re true it doesn’t sound like the fun Indiana Jones film I would be eager to see.

With all these sequels from popular films and franchises that have come out decades later, not many have been that good. There’s that initial rush of excitement and adrenaline, hopes of it recapturing some of the magic of the original films and they sell you on those nostalgic feelings we all have. But when they finally come out and we see them, they typically end up disappointing. Top Gun: Maverick is the rarity. So, I’m not sold on this fifth Indiana Jones. The original trilogy will always be special to me and I was just fine with having those three films. When the trailer for this one was released my friend, who we both grew up and loved the original trilogy, texted me with his cool response towards it. I told him I always end up thinking, if they wanted to make these long delayed sequels, they should have done them back in the 1990s! We would’ve gone to see them!

Sure, I’ll end up watching The Dial of Destiny at some point, but I don’t have any high expectations or am geared up to celebrate seeing Ford’s return as Dr. Jones for this final time.

I can’t help but think of the advice Indy’s father gave him in The Last Crusade – “Let it go”.

Maybe he was right. 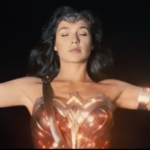 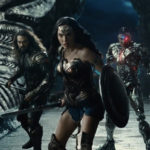 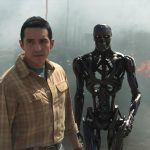