Frank and Lenore Davies (John P. Ryan and Sharon Farrell) about ready to have their second child. Frank is playing his role as an expecting father smoking cigarettes and sitting in the waiting room at the hospital. All seems normal – until their baby arrives.

The Davies’ baby is a mutant monster with fangs and claws and is killing anyone it gets close to and scares it. It’s also on the loose in the city and it doesn’t seem like anyway of stopping it. How will this baby’s parents handle this situation and will they agree with authorities they must kill it. It is after all still their ‘son’.

It’s Alive is quite a strange horror movie. Just the premise of an on the loose killer baby with fangs crawling around biting the necks of unsuspecting citizens is pretty crazy sounding. I imagine this came about from the popularity of Rosemary’s Baby. Sort of continuing the whole idea of a demon baby. But I started to get into the bizarre nature of the movie. It held my attention the whole way through and I was surprised at how much I ended up enjoying it.

From the scene of Lenore in the delivery room and Ryan running in to find all the doctors and nurses killed I was hooked and wanting to see where this movie was going to go. Ryan is an engaging actor and here he’s much more sympathetic than his usual roles. He goes from jubilant father to shocked victim to removed steely coldness wanting this ‘creature’ to be killed. The story is played completely straight and it’s the sincerity that ends up selling this wild premise. The special effects are minimal with the movies low-budget. Writer/director Larry Cohen uses a lot of dark shadows and sparse lightning when it comes to showing us what this baby looks like. It can be frustrating, since everyone is talking about what this baby looks like so it amps up your anticipation for it. “Did you see it? What does it look like?”. But it was probably the smartest way to go. Young makeup artist Rick Baker worked on the film, but the best we get are quick glimpses of this mutant baby and pov shots of it crawling.

The reasons for this mutant baby aren’t fully explained, but rather vaguely chalked up to radiation, pollution, survival of a species – it could be any number of reasons, but it doesn’t really matter much. Legendary composer Bernard Herrmann creates an effective score to help with the tension. And the buildup and execution of the bloody attacks are nicely done.

It’s a surprisingly odd film. I didn’t love it, but it had me entertained on a lazy Saturday afternoon. I had no idea two sequels followed and there was a remake of this in 2008. Admittedly after watching this I’m not that interested in watching the continuing saga of It’s Alive. This flick was enough for me. So I haven’t seen any more of the It’s Alive movies, but I doubt any of them could get much better than this original. 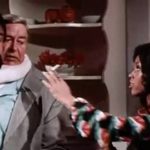 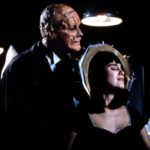