Stan and Ollie are members of the super cool lodge Sons of the Desert. It’s a real cool club where everyone gets to wear fezzes, sashes draped over their shoulders and while hanging out having fun away from the wives. The Sons of the Desert even have ultra-important and secret oaths that everyone must take. Once taken you can’t under any circumstances break it! A Sons of the Desert Oath is something that dates back generations. Not one single member has ever broken one!

Today the oath is for all the members to swear that they’ll attend the Sons of the Desert convention in Chicago. Stan and Ollie make the vow to be there. However, their wives have something to say about that! They don’t exactly care about any oaths the boys took.

Now Stan and Ollie have a real problem. Luckily they come up with a plan for Ollie to fake an illness and have a doctor prescribe a trip to Honolulu for his health. Whew! Now the pair can sneak off to the convention, have a great time and the wives will be none the wiser!

If only it were going to be that simple. This one is a good one. As soon as I see the boys in their fez hats walking into a stuffy room crammed with all the Sons of the Desert members I laugh. What a ridiculous name for a club! The whole desert theme they got going and their chapter president wearing a sheik outfit – this stuff alone gets a smile from me.

Whatever happened to these type of lodges anyway? Are any still around? I remember Fred and Barney being part of one on The Flintstones. Archie Bunker was a member of one too. I don’t know if any exist anymore. I guess the Shriners is still a thing, but it can’t possibly be as big a deal as it used to be. There was a time when being a member of one of these special clubs was a big deal and thought of as an honor.

They probably don’t take it as serious as they used to, or at least how it’s spoofed here. All this ceremony, oaths, the self-importance. Today I can’t imagine it’s as a big a night getting together wearing funny hats and….well I don’t even know what the Sons of the Desert get together to talk about.

The old school lodge conventions and the stuff that goes on probably wouldn’t fly today. Hitting people with paddles, drinking, playing jokes on each other, hooting while girls dance. For college kids sure, but these are middle-aged men wearing funny hats! It’s not very PC behavior. I would think most of them wouldn’t want to tell their wives about it. No wonder they tried to keep it secret! Anyway, this is one of Laurel and Hardy’s most popular films and it’s a good one. Poor Stan is apprehensive about taking this oath. He’s worried his wife won’t like him going away to engage in nonsense. Hardy however is adamant that he’s the king in his castle and is not the least bit concerned. He brags he’ll put his little lady in her place and do what he wants. Oh how wrong he is.

Problems arise with his irate wife, plans are formed, lies are told, triuph looks near, coincidences pop up and things begin unraveling with chaotic results, which typically Hardy gets the brunt of.

The story is a fun one and the comedic bits all fit snuggly within its framework. Granted their predicament escalates by some pretty absurd incidents, but it’s worth it to see how it plays out and for the slapstick payoffs.

The Laurel and Hardy International fan club took its name from the title of the movie. It was a great choice. 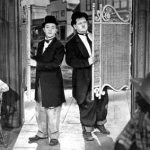 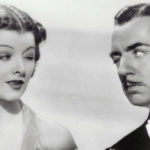 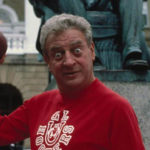