It’s that time of year again. This summer Hollywood is nervously rearing its head after an embarrassing summer season last year. It was a doozy filled with bombs, critical lashings, failed franchises and enough busts that would have made a Jayne Mansfield lookalike convention proud.

They’re hoping we’ll forget all about that and this summer will deliver the blockbusters. Will the money pour out of wallets and will international audiences go running to see all the new sequels, reboots, remakes and tailor-made demographically targeted, big-budget movies that will be released in the next few months? Let’s see.

Guardians of the Galaxy Vol. 2 They’re all back. Starlord, Gamora, Drax, Rocket and now Baby Groot (he’s the guarantee to make everyone go ‘awww’). The galaxy needs saving again, so the ensemble once again is ready to fire laser guns, fly spaceships and trade quips with each other while performing a Marvel encore with director James Gunn returning.

This one looks much the same as the first. We’re sure to hear an old-school soundtrack and get some laughs. Along with the main group we’ll also see the return of Michael Rooker as Yondu and Karen Gillian as Nebula. Then the intergalactic family gets expanded with Chris Pratt’s Peter Quill meeting up with his father played by Kurt Russell. And somehow Sylvester Stallone will pop up. Plus, I read that Marvel will treat fans to five post-credit scenes to keep them talking until the next installment arrives.

Yeah, five of them. I think they’re getting carried away with this stuff. The original was a surprise hit. It expanded Marvel’s cinematic universe, made practically unknown comic characters modern day favorites and became one of Marvel’s most popular films. Remember when everyone was carrying on about Guardians, some even saying it was better than the original Star Wars??? Are we done with that now? Has everyone caught their breath and have come back down to Earth now?

This looks like it will be entertaining enough and will probably be another nice big hit for Marvel. I have no idea what the story is, only that they’re going to fight bad guys in space. The real fun is watching these characters interact while doing that.

I will admit I’m getting sick of seeing Baby Groot already. He just seems like such an easy thing to use for cutesy sight-gags and to make toys of. Is Vin Diesel still doing his voice even though he’s a baby?

King Arthur: Legend of the Sword I haven’t read a thing about this, I’ve only seen the trailer. Based on only that this doesn’t look like anything special. There’s some snazzy shots sure and looks to have plenty of those overdone battle scenes audiences like so much, but it’s not something I’m finding much interest in seeing.

For some reason I keep chalking this one up as of those sword & sandal summer movies that will be ignored, get classified as a bomb, be forgotten and I’ll stumble onto it on cable one day and say, ‘Oh yeah, I remember when this movie came out’. Sort of like that Ben Hur remake, the 300 sequel, Hercules, Conan the Barbarian, Warcraft or even Gods of Egypt.

Yeah, so maybe I’m being unfair to this one. It could be decent. I’ll have to wait until if I hear some good buzz about it to make me reconsider putting it on my Watch List, but I’m certainly prepared to ignore it right now.

I guess Ridley Scott wants us to overlook all the disappointment we had with Prometheus five years ago, vaguely remember that Michael Fassbender was one of the few decent things in that movie and be excited that Scott is now fully embracing that he’s back in the Alien universe.

No, this time he really is. He’s not trying to hide that this movie is anything other than another installment in the Alien franchise like he did last time. Even in the trailer we see an alien and lots of people screaming and blood spurting! Whoo Hooo! Aren’t you excited?

I’ve read that this has more connections to Prometheus than what they’re letting on. They’re probably slightly downplaying that it is a sequel to it because of how poorly that movie was received. Naomi Rapace’s character from Prometheus is somewhere in here, but they were trying to keep it a secret until that leaked out. I think Fassbender plays two different androids, the old one David as just a head and this different model who hasn’t been torn apart yet. I don’t know. I’m feeling pretty jaded and exhausted with working out any sense with this Prometheus mythology they’re doing here. I’m not banking on getting any answers to all those big and little questions that Prometheus dredged up and stumbled through. I’d just be satisfied if it’s a fun, spooky space movie with some decent scenes and I’ll leave all the hefty, bigger scope questions for the hardcore fans to theorize on.

Supposedly Scott is thinking up stories for six more of these movies. What a shock – a brand franchise that’s optimistically planning a whole series of movies! Who woulda thought?

In the future the human race continues to want to explore the cosmos, use billion dollar equipment, navigate light years on high-tech spaceships, plan deep space travel, this time so they can colonize a new planet – and be undone by not taking the elemental precaution of wearing a space helmet.

Maybe this group of colonists land on that same Prometheus planet and find the same spaceship. Like it’s kind of a sequel, but not the one any fans of Prometheus wanted with Rapace and the head of David traveling to find that engineer planet or wherever they wanted to go. No clue. I just think the filmmakers might have rethought things, forgot about following any particular human characters and focused on getting back to basics and making a movie where the xenomorphs kill a bunch of humans in the grisliest ways.

Listen, I felt so burned by Prometheus that I’m finding it very difficult to muster any enthusiasm for this flick. I was so disappointed by Prometheus that I ended up watching the SyFy movie Piranhaconda the same weekend and actually liked that cheapie, monster movie more! I wrote up a comparison review of both films describing where I felt Piranhaconda succeeded and Prometheus failed. It was a hoot that the writer of Piranhaconda read that blog and appreciated it. You can read that post here. Piranhaconda I believe is available on dvd, blu-ray and streaming for your viewing pleasure by the way.

It’s funny, they keep making these Alien sequels and Aliens vs Predator fights and the only sequel fans ever wanted was one following Ripley and Hicks after Aliens in 1986. Maybe that’s still going to happen with Neil Blomkamp – I don’t know. So this one I guess will satisfy fans with aliens popping out and killing human characters as they try to get off that planet. Hopefully Scott didn’t forget about the human characters and make them somewhat interesting this time. Despite my ranting I’ll eventually see it, but I’m not forgetting the bust he had last time. Maybe he’ll redeem things here.

And one last note, I think the title is lame. Alien: Convenant. I think Convenant is the spaceship, but to my ears the title doesn’t sound very memorable. I know they can’t possibly use numbers anymore in franchise films (props to Guardians of the Galaxy Vol. 2 for keeping that tradition alive). And they’re probably not even sure how to number these Alien flicks anymore anyway, they’re bouncing around so much. We know they do have to put the word ‘Alien’ in it, because…well that’s the selling point.

But ‘Convenant’? Meh. It reminds me of all these other remakes, reboots and sequel titles that just use the franchise name and they slap a three syllable word after it. Resurrection, insurrection, resurgence, redemption. genisys, legacy, extinction…..I hope the movie itself is more imaginative. This is not for me.

One of televisions most notorious, poorly made, embarrassingly insipid, shameless and guilty pleasure shows gets made into a movie. This was inevitable I suppose.

I’m not sure how you can make an already ridiculous show funnier. I mean this was a show that was filled with abysmal acting and asinine stories. In one episode David Hasselhoff performed a lifesaving operation with a pencil or something. This crap was already absurd.

What really made it funny was they played it as completely sincere. My friends and I were goofing on it Saturday nights when it was running on syndication. That crap even had a spin-off show! How it was so popular still confuses me. It was a punching bag for jokes and parody ages ago, even getting an entire spoof show called Son of the Beach that mocked it – anyone remember that?

So this is a goofy, spoofing action/comedy, I think in the same vein as that 21 Jump Street movie was (which I haven’t seen). The teaming of Dwayne Johnson and Zac Effron….I guess some people are excited for that. I imagine there will be the slo-mo running joke (who am I kidding – I just saw it in the trailer). Vulgar jokes. Hot chicks. Fist-pumping music. Rippling muscles. A silly story. Meta humor. A Hasselhoff appearance. It will probably be a huge hit.

Granted this looks like it’s only aspiration is to be a big dumb, glossy comedy and it might be just what fans of these type of movies want to see. To me this looks like it should have been a double-feature with that CHIPS movie on a some low rent DVD. I’ll gladly pass.

Pirates of the Caribbean: Dead Men Tell No Tales Here’s a bit of trivia fact about myself. My friend works at a movie theater. So often when I see a movie in release it’s because he let’s me in as a guest. When I do go to a movie I’ll usually stay for the whole thing. It’s a very rare occurrence when I just bail in the middle of one. It’s happened a few times when I’ve been sitting there, watching a movie and decide, ‘this is not for me, I’m not enjoying this, I’d rather leave and do something else with my time’.

One of those instances where I got up and left was while watching Pirates of the Carribbean in 2003.

So that’s been my exposure to these movies – about a half hour of the first one. I know nothing about them, am not interested in them, I’m not even sure what number movie this one is. I guess they’re still popular and make a lot of money. I suppose Johnny Depp gets a huge payday out of doing them. I know his pirates name is Jack Sparrow. I had asked my nephew who his favorite Disney character is and he said it was Sparrow. So apparently these flicks continue to be popular and real moneymakers for Disney.

I’m not sure if Orlando Bloom and Kiera Knightly are still in them. I think they stopped showing up in them, but now are back to doing them. Geoffrey Rush and Javier Bardem are in this one. I think Rush has already been in one.

Yeah, how’s that for a breakdown. Basically I don’t care about these movies. If you’re a fan of them go have fun. I guess it will make money and then they’ll probably make more of them. 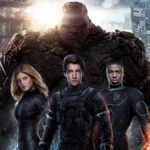 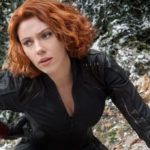 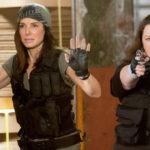