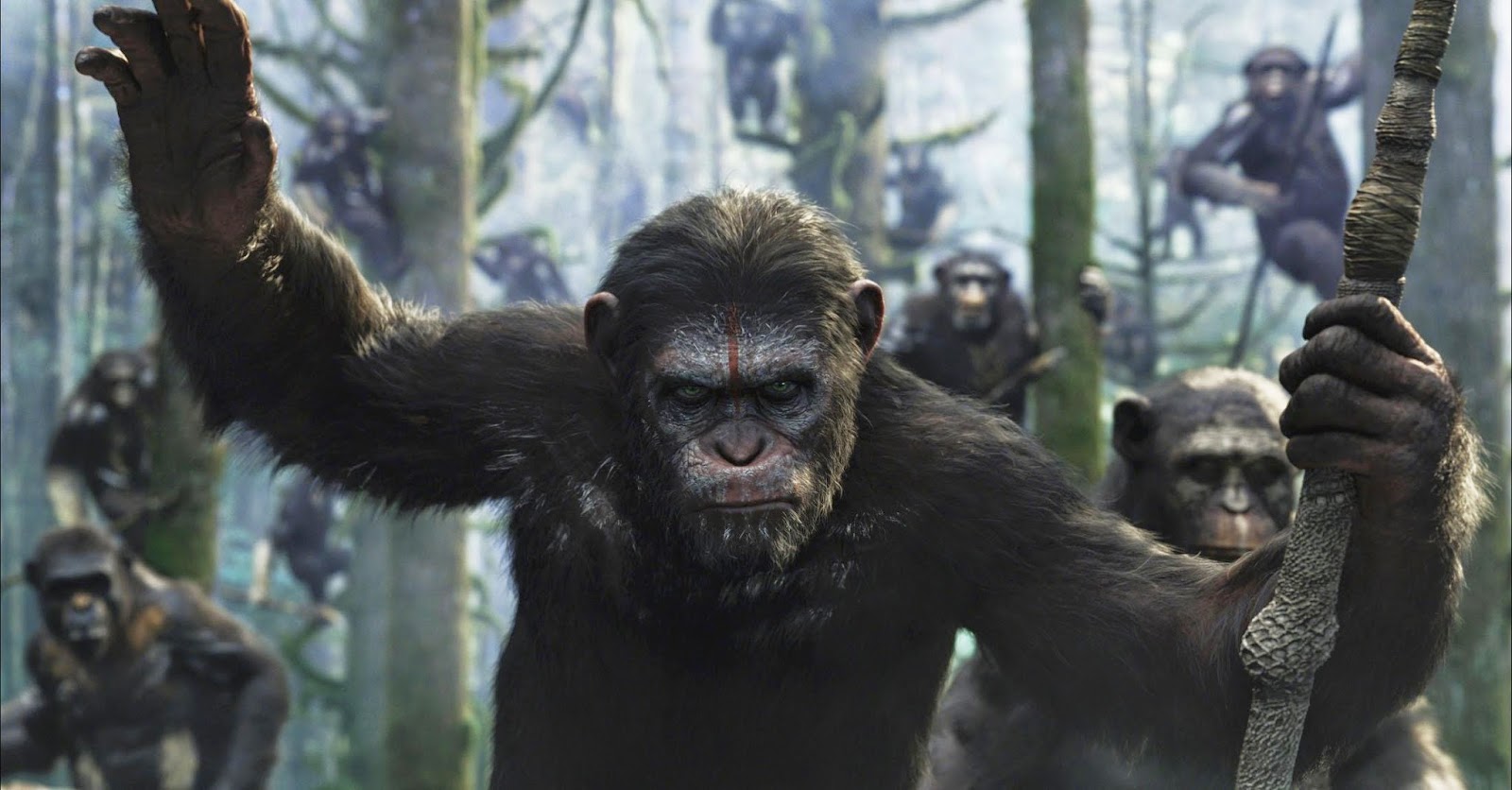 Other than a few small looking unique offerings and the sporadic forgettable blockbusters, this year looks like one of the most forgettable summers on record. Even the traditional big franchise movies, sequels and hollow CGI special effect heavy spectacles don’t seem very dominant this year.

I never would have imagined that on July 4th weekend one of the biggest films going into release would be a documentary about Roger Ebert! There’s not a Will Smith vehicle to be found anywhere!

I’m certainly fine with it, but what will the masses be wanting to watch? I guess they’ll probably still be on a high from that Transformers movie from the previous week.

A New York cop teams with a renegade priest to combat supernatural crimes that seem to be the work of demons and possessions that are being unleashed onto the city. Sounds like a bit of The Exorcist, Seven and Ghostbusters mixed into a thrilling horror tale.

The story is based on the supposed real events of a NYC sergeant. So that could help add a bit more uneasiness to audiences while watching this story.

But let’s face it, most of these horror movies of late are supposedly based on real events. You have to have that added reality for audiences today. The trailers do have a nice creepy atmosphere with a Poltergeist-esque scene in a child’s bedroom – we can add that movie to the mix.

I would think it would open up decently since audiences love their horror movies. This seems like familiar ground for writer/director  Scott Derrickson and looks to encompass a lot of his past horror work. Can’t say I’m too intrigued by it though.

Melissa McCarthy hits the road with Grandma Susan Sarandon dishing out her own brand of unique brash humor.

I’ve been wondering for awhile now if McCarthy’s expiration date is coming up. Ever since she stole the show in Bridesmaids she’s been on a role and audiences haven’t tired of her yet. Hey, I really enjoyed The Heat.

But Tammy looks to be retreading over familiar ground with her onscreen persona in a very unexciting story with not much else going on other than McCarthy and Sarandon on a wacky road trip. McCarthy is the main draw and if her humor doesn’t entertain you then it doesn’t look like there’s any other reason to go see this.

A 21st century version of E.T. It even has kids riding bicycles being chased by government bad guys.

A group of kids embark on the adventure of a lifetime when they discover an alien who’s looking to get home. Of course pesky government guys are going to do their darndest to stop them. And this is all packaged in the trendy handheld ‘found footage’ movie format.

It’s somewhat refreshing to see such an innocent 1980’s alien genre picture get updated. Forget Abrams’ Super 8, Earth to Echo looks like a much more family-friendly entertainment for little kids who could be dazzled by the idea of a sweet little alien – who kinda reminds me of Bubo from the original Clash of the Titans by the way. That just can’t be me!

I’m not sure how the kid stars will be and I’m burnt out on the whole ‘found-footage’ thing, but this could be a surprise hit if it catches kids imagination. 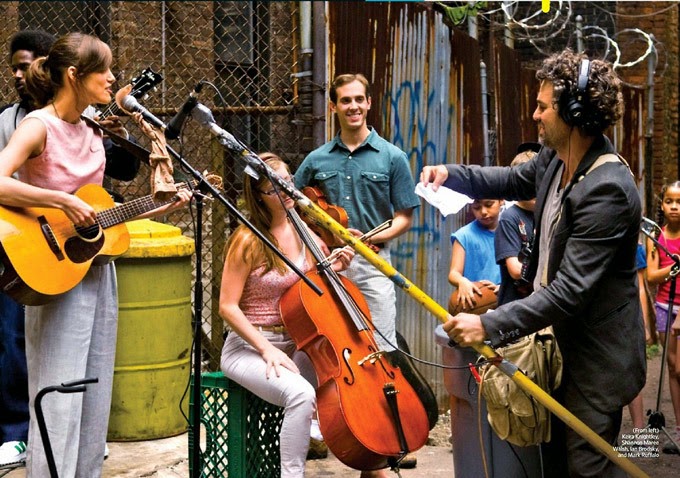 Mark Ruffalo is a down on his luck record producer whose life gets turned around when he hears the voice of singer/songwriter Kiera Knightly who has just been dumped by her rock star boyfriend. Together they make beautiful music together in and all around New York City and perhaps something even more romantic happens between them.

This looks to be an awfully corny story. It’s got a decent cast and maybe it will maintain a sincerity and quiet charm about it.

I will say it looks better than most of the romantic comedies that have come out in recent years, but it still looks very paint-by-numbers. Plus, it has an incredibly bland forgettable title. So for me it will depend on how the story is told, the performances and if I’m willing to swallow it.

Film critic Roger Ebert is the subject of a documentary detailing his personal and professional life. His love of film, his work with partner Gene Siskel, the support he gave to young filmmakers, the impact he had on film criticism and his struggle with cancer in the final years of life will all be examined.

Here’s a film I’ve been looking forward to for quite some time. I have been a fan of Siskel and Ebert for a very long time and obviously have an interest in anything connected with either of them.

From what I’ve already read the doc is getting very good buzz and it certainly sounds like it should be equal parts enlightening, funny and sad. I’m sure those of us who want to see it won’t be able to catch it at the local multiplex, but it’s one of the films I’m most interested in trying to see this summer. 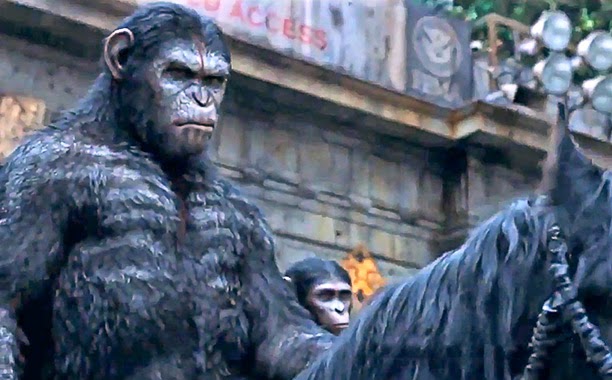 The apes are back and now they’re really mad!

After a worldwide virus has wiped out most humans a small band of survivors that include Gary Oldman and Keri Russell either have to make peace with Caesar (the motion-captured Andy Serkis) and his army of apes or goto war. Well, it wouldn’t be much fun to watch man and ape shaking hands.

I enjoyed the first ‘rebooted’ Apes film and this looks to be continuing the story that ended the first one. Now with apes being more intelligent, exchanging dialogue and images of them on horseback it harkens back to the Apes planet from the very beginning. They haven’t made their cool Flintstone-type homes just yet and things look to be taking place in a generic, burnt out, post-apocalyptic setting.

But hopefully it will deliver with some cool ape battles, interesting conundrums for both human and ape characters and have more to the story than just ape fights.

Couple Jason Segal and Cameron Diaz make a sex tape and inadvertently share it with friends, relatives and co-workers. Now they must track down every ipad that has a copy of it and destroy it before everyone sees them rolling around in bedsheets.

A one-joke premise stretched to a feature-length movie – that’s what this looks like. Not sure how they’re going to manage that. And by the looks of the trailer they didn’t. A lot of zany slapstick and silliness commence. This does not look very good.

It will probably be the biggest hit of the summer…. 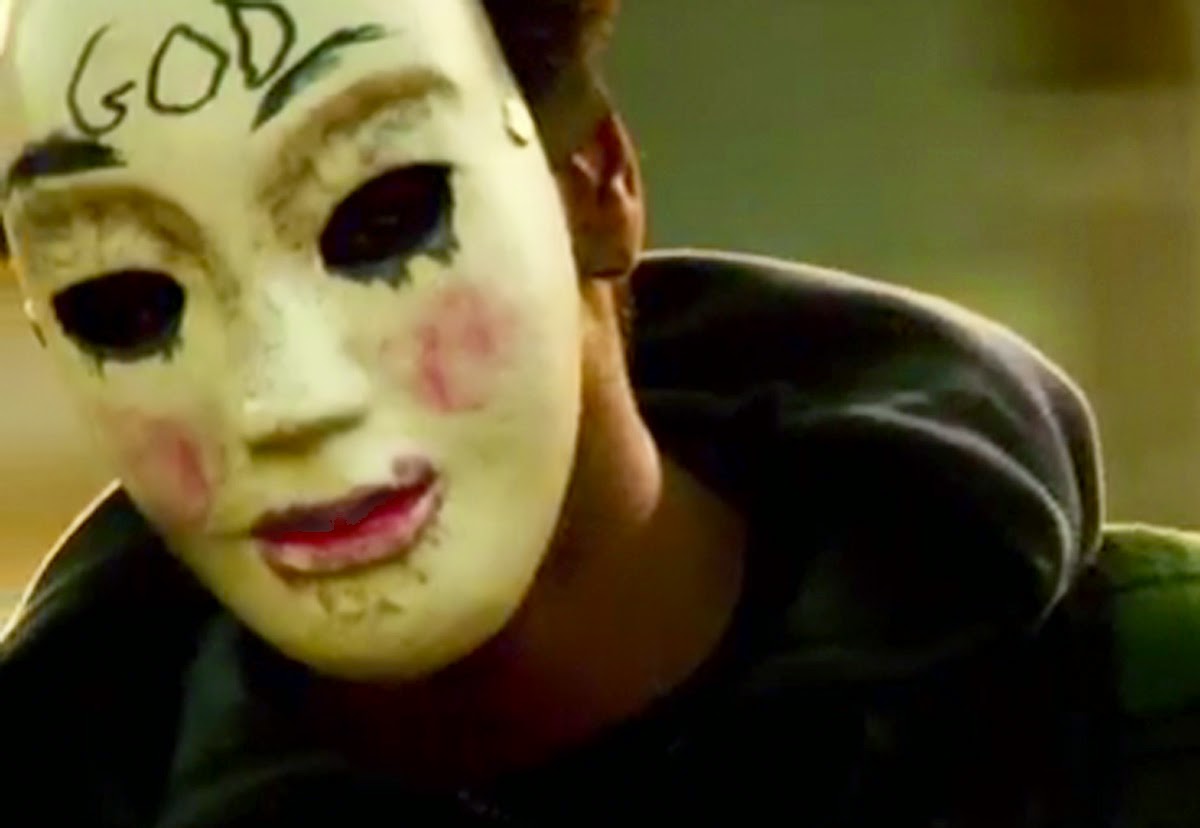 The 24-hour legal crime spree the country gets to partake in every year is back and this time it doesn’t look like we’ll be forced to spend it locked in a house.

We follow a father out for revenge against the man who killed his son, a mother and daughter looking for shelter after their home is destroyed and in what is possibly the best advertisement for the need of roadside service – a couple whose car breaks down just as the Purge is about to begin.

I will say this looks more interesting than the first Purge which essentially became a home invasion thriller. This time things open up onto the streets and we get to see more of the activity that’s going on and meet more characters.

I still think the premise is pretty cool and it could be used to examine and satirize violence, morality and have a message to it rather than just simply showing off violent scenes and killings for cheap thrills. This one could do more with the potential just waiting to be mined.

If they do a third Purge flick I’d really like to see it focus on the vendors and shops that sell all these masks to citizens. That would be a hoot! Do these people have to buy them beforehand, so are stores fully stocked with them the week before the Purge for the shady customers that are buying them? Do they come packaged with waterpaints and markers so people can decorate them themselves to create their own unique look or is that all sold separately? And are these mask buyers embarrassed when they go up to the register with them in hand knowing full well the cashier knows what they’ll be using them for? Sorta like an awkward condom purchase.

See! There’s so much potential here!

A sequel to a spinoff from a Disney/Pixar film. I think that’s how this works.

Dane Cook, Stacy Keach, Brad Garrett, Teri Hatcher, Curtis Armstrong and Ed Harris are the voices are planes I guess. Oh, wait I saw some cars in the trailer so maybe some cars too. And maybe some of those little forklift guys.

I don’t know. They fight forest fires though. Maybe a bad motorized vehicle is causing them.

Zeus’ son Hercules (Dwayne Johnson) is down in the dumps. After losing his family he devotes his life to engaging in violent battles. Who’s he fighting for? Just himself.

He gets a rude awakening when he and his comrades begin training the King of Thrace’s men to be the ultimate army. The realization hits that maybe he’s had some clouded thinking and there are more important things to fight for.

Clash of the Titans, Gladiator, 300, Conan the Barbarian, maybe even Pompeii – all those recent sword/sandal/armor battle heavy flicks that have been drawing audiences – that’s what this is aiming to capitalize on, along with Johnson fans.

The trailer didn’t look like anything special. CGI destruction, slo-mo action, Johnson dramatically yelling in anger and all directed by Brett Ratner. Perhaps it could be a fun popcorn flick and become a decent sized hit or perhaps it will turn out to be this years John Carter. Either way, I don’t have any interest in it.

Lucy (Scarlett Johansson) is an unwilling drug mule in Taiwan. When her cargo accidentally begins leaking inside her it begins increasing her brain capacity to one hundred percent. As a result she becomes an expert marksman, a lethal martial artist and soon possesses super powers to boot! Perhaps scientist Morgan Freeman can help out her situation as she goes about killing gangster Choi Min’sik’s henchmen.

One could have a cynical field day rolling their eyes at director Luc Besson’s story premise. The kind of stuff Johansson does thanks to her brain kicking on all cylinders never happened to John Travolta or Bradley Cooper!

This could possibly be a fun, if unbelievably over-the-top, flick that delivers on exciting shoot outs, wild sci-fi/superheroic stuff and Scarlett looking cute. Sort of a much more over-the-top Le Femme Nikita.

But I’m torn with this flick. I’ve cooled on Besson and haven’t been excited for anything he’s done for…..well, it’s been a long time. But you never know when someone will come back and hit a home run. The premise does seem awfully ridiculous though.