I just thought this story was funny. The Dark Knight Rises is obviously one of the most highly anticipated films of the year. Fans have been waiting four years for Christopher Nolan’s final Bat-flick. It’s no doubt going to attract audiences and play to packed movie house for awhile. I don’t think anything can keep people away.

So when the movie review site Rotten Tomatoes added some negative reviews of The Dark Knight Rises by some movie critics all hell broke loose in the online world.

Apparently Bat Fans don’t take too kindly to having the epic conclusion of Nolan’s Bat Saga besmirched by negative reviews and result in the Holy Tomato Meter not read 100% Fresh for the film. So these passionate fans decided the best tactic would be to verbally attack these critics with vulgarities and death threats. So Rotten Tomatoes decided to shut down the commenting section on The Dark Knight Rises.

That old adage ‘if you can’t say something nice don’t say something at all’ doesn’t really apply to the internet. Especially when it’s aimed at movie reviewers who are simply giving their opinion about a film.

I just found this an amusing story for acouple of reasons. For one, I didn’t realize the importance of that TomatoMeter to some film-goers. I guess somewhere along the lines it has become a source of pride to see a ‘Fresh Rating’ for your favorite films. I don’t know how when that happened, how or why, but apparently movie fans take that thing seriously. Second, The Dark Knight Rises didn’t even come out yet and it’s already got audiences defending it? What’s that about??? It seems stupid to me to attack anyone who either likes or dislikes a film. I mean, really….who cares? Is it that big of a deal? But even before you do that, shouldn’t you wait until you actually see the movie before doing it?

I saw Prometheus and thought it was pretty bad, but I’ve talked with people who genuinely thought it was a masterpiece. I didn’t get up in arms about it and they didn’t threaten my life because I disagreed with their high praise for it. I talked, they talked and in the end we agreed to disagree. That seems like the civil thing to do.

Third, who cares? Some people place way too much importance on movie reviewers. I’ll occasionally read some critics and there’s not a one that I always agree with 100%. For me, they’re opinion is just as valid as Average Joe Movie Goer who walked into the theater hoping to be entertained for the evening.

I really am wary of people who are heaping praise on a film that they haven’t seen yet. Hey I’m excited to see The Dark Knight Rises as much as anyone. I’m hoping it will be good in my eyes. I don’t want to be disappointed. However, I’m not going to start defending it before I even see it! The verdict isn’t in for me until I actually check it out. And lastly, who the heck are reading movie reviews for movies that haven’t even come out yet? I don’t ever do that. I prefer to watch a movie as cold as possible. I like to know as little as possible about the film before I watch it, so I can be surprised or confused or letdown or dazzled or whatever. I don’t want to know any spoilers or a plot synopsis or any of that stuff.

I could care less whether some movie critic didn’t like a movie. It’s possible the criticisms they have will make me reconsider whether they’re valid points or not, but in the end it won’t affect my own opinion about a film.

Fans will be talking about The Dark Knight Rises for a long time (we still haven’t run out of things to say about Batman and Robin!). Some people will love it and some will hate it. It’s not going to please everyone. Discussing a film is one of those fun things to do after seeing a movie. We talk about our reactions, our thoughts, what we liked, what we didn’t like, all that fun stuff. One syllable insults and lack of respect for conflicting opinions really puts a damper on that. Plus, it really doesn’t help sell your argument any better.

The Dark Knight Rises will have a very loud, vocal response in both camps. But let’s wait until we see the movie before we form opinions about it. 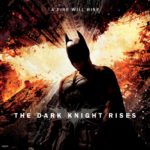