I’ve been enjoying CW’s The Flash. It’s entertaining, got some intriguing storylines, some fun superheroic fighting and Grant Gustin is making a pretty good Barry Allen.

So I look forward to watching it. It’s a much more lighthearted approach to a live-action superhero than what we’ve been getting lately.

Due to watching it suddenly The Flash has moved up in the ranks on my nephews favorite superhero list and he’s completely hooked in with the whole Reverse Flash storyline that has been playing out. He likes the show much better than Gotham, which he said is “too scary”. So the show is doing something right.

As I said I’m liking The Flash too, but if there was one sore spot on the show that continually drives me crazy it’s the character of Iris West.

I find myself rolling my eyes and tossing insults at the television screen more and more when Iris shows up for her required meaningless scenes.

I didn’t like the character from the start. She seemed destined to be one of those young hip characters who was designed for the teen demographic to like. She’s such a typical CW female character. She’s pretty and hip, she works at a happening coffee joint, she has a blog and she wears the cutest shoes a young girl has ever seen. She’s also such a bland, one-dimensional character it grinds an episode to a halt whenever she shows up. It drives me crazy. And apparently I’m not alone. The character has garnered quite a big group of ‘haters’.

She was the one Barry is smitten with, but of course he can’t confess his love for her so they go back and forth, Barry finally reveals his feelings to her, whatever, she then moves in with her Dad’s cop partner Eddie. That was looking like the end of Iris. Her story was played out, we can be done with her (at least not feel the need for her to pop up every episode) and now spend that time that was wasted on her on more interesting things.

But no. Now we learn her half-ass blog about The Flash has led her to getting a job at the city newspaper. Suddenly she’s rubbing elbows with Pulitzer Prize winning writers, asking ‘the tough questions’ at city press conferences and is on track to become Central City’s Lois Lane. And yet two weeks ago she was wiping down coffee counters.

This is the kind of stuff that drives me up the wall with television shows. And it’s completely irrational I know. I have to give a television show some leeway and allow for a suspension of disbelief. This isn’t real life afterall. Why should I get this upset over Iris’ convenient career path and the writers trying to give her more of a vital function on the show and not have her be so useless.

I guess because it’s so incredibly clumsily blatant and she continues to be such a character vacuum. Everyone else is let in on the superhero fun, but Iris just floats along clueless and drowns her ‘tough day’ sorrows into a cappuccino and all the while constantly having that ‘ever so cute smile’ plastered onto her face. I really go nuts with all the romantic stuff on the show too and start to take it way too seriously. I keep asking why is Barry so hung up on this boring chick and ignoring all the other gals he’s got around.

I find myself saying, “why don’t you date this hot Felicity from Arrow??? Oh she lives in Starling City – how long would it take you to run there for dates? Three seconds???? And what about this Piranha chick who’s a scientist here? Does he not notice she’s cute? He can piece together any crime scene in seconds but it escapes him that Caitlin has a nice ass???”.

I am absolutely no fun to watch The Flash with.

I can accept a whole lot with this show. I have no problem with a superhero possessing super speed, a villain who can travel through time, I can even accept a young healthy guy being surrounded by a bunch of hot chicks but just wanting to be friends with them. All of that is no problem. But Iris landing a plum gig at the city paper because the editor loves her blog so much – that makes me want to look up to the heavens and do one of those cinematic superhero screams.

I know I’m going to go through the roof when The Flash begins showing up at Iris’ doorstep – after she essentially told him to piss off – and starts giving her scoops on all his adventures for her reporting job! Screw that! It would be more fun to watch Iris flounder at the newspaper rather than see her become a star reporter just because Barry is still weak in the knees for her. But he’s a superhero afterall and wouldn’t let her down.

I’ll be sitting there just ranting and complaining about it though. 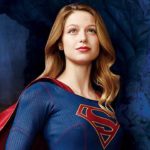 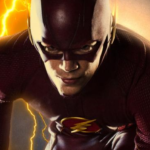