A completely silly and goofy little film that ever since I first saw had me laughing and I’ll occasionally revisit it. It’s a simple story of the Bushman of the Kalahari Desert. They are a people who are untouched by man and have their own beliefs about their world and God.

Their way of life is suddenly shaken when an empty Coke bottle falls from the sky and throws a wrench in their peaceful way of life. Xixo takes it upon himself to rid this ‘evil thing’ and sets off to throw it off the end of the earth – and so his adventure begins.

This is a pretty outlandish, crazy movie. It was an unsuspected hit when first released and has held onto a cult status ever since. The quality of the production is dirt-cheap and many of the editing techniques employed by director Jamie Uys make it even wackier, but that doesn’t mean it’s still pretty funny.

There is a lot of slapstick humor with the actors and vehicles and fun observations on civilized man as Xixo runs into a second story involving a scientist, a schoolteacher and a revolutionary. Some of the narrator’s lines not only help with the laughs, but it also makes you feel like your watching some surreal Discovery Channel documentary.

It’s all pretty fun and adds up to a very funny unusual movie that if you’re in the right frame of mind should provide you some laughs.

There were follow-ups to this film. The second one isn’t bad. The others (that I think are near impossible to find) I’ve never seen, but judging by the lack of information on them, they are probably not very good and we aren’t missing much. 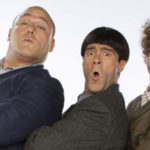 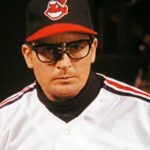