Green Lantern hasn’t even been playing in theaters for twenty-four hours, but already reactions are spreading pretty darn fast. And what is the general reaction?

At this point the big-budget Green Lantern film starring Ryan Reynolds as iconic superhero Hal Jordan hasn’t be receiving much positive reviews from critics. On rottentomatoes.com Lantern is currently sitting at a 23%, which is pretty bad.

I don’t generally pay attention to critics, but when the response is so overwhelmingly negative it does make me raise an eyebrow. I was especially disturbed to read one blurb comparing Lantern to 1997’s Batman and Robin. Could it really be that bad???

I’m still hoping to see it, but my enthusiasm that I had for it is slowly seeping away the more I read. Ultimately I’ll make my own decision on it, but right now I’m getting a bad feeling about this….. 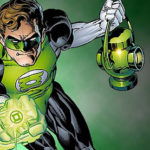