‘Mechanic’- A person who repairs and maintains machinery. A manual worker. A problem solver. A fixer. A hitman.

In the 1972 film The Mechanic, Charles Bronson plays Arthur Bishop, a veteran hitman. Bishop has the unique talent of killing his targets and making it look like they expired due to ‘accidental’ deaths. Because of his solitary life, his profession and now approaching middle age, Bishop’s physical and mental health are beginning to wear down.

Bishop has one human connection with his mentor Harry McKenna (Keenan Wynn). Assigned to kill Harry, Bishop dutifully follows his orders. But guilt begins to gnaw at him and he decides to take on Harry’s son Steve (Jan-Michael Vincent) as his apprentice. Unbeknownst to Steve that Bishop is the one responsible for his father’s death, he’s eager for Bishop’s tutelage in becoming a mechanic.

Released in 1972 and directed by Michael Winner, The Mechanic would become one of Bronson’s most popular and regarded films in his career. Naturally, the story would be ripe for a remake – which eventually came in 2011.

Jason Statham stepped into the shoes of Arthur Bishop and Ben Foster would play his young protege Steve McKenna. Directed by Simon West, The Mechanic would again, be regarded one of the highs in Staham’s filmography.

After an extended hiatus, I return back to my series Remake Recon. I take a look at the 1972 original and the 2011 remake and see how each Mechanic film stacks up against one another. 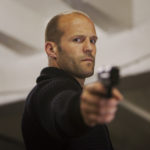