After a successful Broadway play and a hit comedy movie, Neil Simon’s high concept story The Odd Couple next became a television series. In 1970 Felix Unger and Oscar Madison, two divorced men shacked up together. One was fussy, one was messy and hilarity ensued for five seasons on ABC.

Thanks to producer Garry Marshall, some excellent writing and pitch perfect performances by Tony Randall and Jack Klugman, The Odd Couple became a hit and those 114 episodes have continued to entertain audiences ever since.

In 1993 a television reunion movie was made. Randall and Klugman returned to the roles they were best known for in The Odd Couple: Together Again.

The television version of The Odd Couple was my first exposure to the classic tale. So, at the beginning Klugman and Randall were the only Felix and Oscar I knew. It would be later I finally saw the 1968 film with Jack Lemmon and Walter Matthau.

Eventually it became those four actors that I would solely associate as being ‘The Odd Couple’. There was the TV Odd Couple and the movie Odd Couple. I have no idea how many iterations the story has had since then, but they’re all pale imitators to the faces of Randall, Klugman, Lemmon and Matthau for me. I saw they were trying to do a new Odd Couple with Matthew Perry on CBS. Maybe that’s gone already. No idea, I had no interest in it.

I remember discovering the show on syndication and instantly liking it and the two stars. I was an easy to please fan being so little at the time. Just watching Klugman make a mess and Randall overreacting was funny enough for me. As I got older I began to appreciate much more about the show and the jokes. To this day I can stumble onto an episode and have a great time.

The circumstances that pull Felix and Oscar back together eighteen years later is pretty standard for a television reunion movie of an old television show – a wedding.

It seems most of the time when they did these television reunion movies the hook was always some big event as the excuse to get the cast back together. A wedding for a character is a pretty easy way to do that. So here it’s Felix’s daughter Edna who’s going to tie the knot. Oddly enough when they did the film sequel with Lemmon and Matthau in 1998 guess what the premise was – Oscar’s son marrying Felix’s daughter.

So Felix is driving his wife and daughter (Barbara Barrie and Toni Kalem) crazy over this upcoming wedding, they tell him to stay away until after it’s all planned, and where else can he go hang for acouple weeks other than with his old pal Oscar. But a more hefty reason that forces them together is Oscar’s recent battle with throat cancer and the removal of one of his vocal chords. This real-life situation that Klugman dealt with became a catalyst for the two to make this movie.

I had read they wanted to inspire hope for others. So Klugman’s condition became Oscar’s and the peppy, unwavering support of Felix drives him crazy.

The problem with this reunion movie isn’t so much the overall plot. The whole wedding thing isn’t exactly radical, but it can be a sufficient reason to see the two together again and do some funny stuff with each other.

Oscar overcoming his illness with Felix cheering him on is fine, although it’s tough to get laughs out of cancer, it’s still an admirable story they try to do with that. The problem is the writing, it’s just not up to the level that the guys or Odd Couple fans were accustomed. As a result it’s not funny and the movie simply becomes an adequate final time of watching Randall and Klugman in these roles.

There are scenes that simply exist – the poker game, Oscar practicing his vocal exercises, Felix hiring him to do a voice commercial, Felix meeting his future in-laws, learning his daughter’s fiance was married twice before, Oscar getting a job as an advice columnist. These come and go and don’t leave any laughs. Randall and Klugman are obviously looking much older, move slower, but they still have that chemistry between each other and easily slip back into their roles. There are a few fun sparks between them as they replay old bits from the show.

Felix vacuuming, Oscar plopping down swiging a beer, Felix making his sinus noises, Oscar taking a snooze in his messy bed, “Oscar, Oscar, Oscar”, you know they replay all that stuff and that’s the best you can really hope for from this. The script doesn’t give them any great new witty banter to play like fans of the show are familiar with.

It’s a treat momentarily to see Penny Marshall show up as Myrna. That treat ends when you realize her scenes aren’t going to be very funny, but she’s there. I thought her showing up was somewhat surprising since by ’93 Marshall was busy being a big director. It’s too bad they didn’t get Al Molinaro back as Murray the cop. Not sure why he didn’t return.

It’s a pretty forgettable outing. I hadn’t seen this since it first aired and happened to catch it on the Decades Network coinciding with the anniversary of Randall’s death. I had forgotten most of it. I found myself chuckling at some of the early 90’s cheese it has to it, some really corny music, it ends on a freeze frame, that kind of stuff. I guess it has become something of a forgotten reunion movie. I read it’s not available on DVD, nor was it ever released on VHS. I haven’t found too much information about it anywhere. I can’t even find any pictures from it! It’s not included alongside the discs of the original episodes (but maybe that’s due to some legal reasons). The Odd Couple: Together Again just vanished. I guess it aired, didn’t receive a very positive reception and it was just tossed aside.

It’s only for hardcore fans of the original show – that is if you can find it! It’s the last time watching Randall and Klugman revisiting the roles of Felix and Oscar and unfortunately you shouldn’t expect anything more out of it. It should have been more special. It could have been.

I can’t really harp on it it very much though. While it’s a subpar effort I feel forgiving towards it. It’s sort of like going to old timers day at the ballpark. You don’t expect to see a great game, you just want to see those players walk up to the plate one more time.

Hey, someone posted an old CBS promo for it! This might give you an idea of how it is.

What do you know! Someone posted the movie on Youtube! So here’s you’re opportunity to check it out while it stays up. The opening narration really throws me since I’m so used to hearing the original show narration. 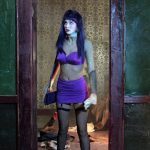