The Cold War looks to be thawing with the looming historic treaty between the United States and the Soviet Union to disarm and eliminate nuclear weapons. It’s very big news as the President and the Soviet General Secretary will attend the eagerly awaited official announcement at Chicago’s Hilton Hotel.

Meanwhile, Master Army Sergent Gene Hackman is assigned to escort ‘a package’ from West Berlin to the U.S. This package is an Army Sergeant (Tommy Lee Jones), who’s name is supposedly Walter Henke, who is facing court martial. It seems like a relatively easy and innocuous task to bring this character back to the States, however there is a much bigger picture that Hackman has inadvertently found himself in.

After arriving at the airport, Hackman is ambushed and Jones escapes. Trying to get a lead on Jones, Hackman soon begins to untangle a conspiratorial plot that involves Jones, a gang of Neo-Nazi’s, false identities, the Chicago police and high ranking U.S. military. It turns out this all adds up to an assassination plot that will take place in Chicago. Hackman is a loose end in this scheme that needs cutting in order to secure its success. He, along with his accomplices, ex-wife Joanna Cassidy and cop pal Dennis Franz, must try to figure out who they can trust, somehow avoid getting killed and stop this assassination from happening.

The Package was directed by Andrew Davis. Fans of 1993’s The Fugitive will see similarities between the two films. Davis’ beloved hometown of gritty, frigid Chicago is in full use. There’s a parade of bagpipers, the El Train, characters running through crowds, distinctive looking character actors playing Chicago cops and a tense climax around a ritzy hotel.

Watching The Package after seeing Davis’ mega-hit The Fugitive, it’s hard not to consider how it was a template he would revisit and improve on five years later with more sophisticated and elaborate set-pieces on a bigger scale.

This isn’t to say The Package is a not entertaining in its own right! While it might not be a classic, it’s an effective Cold War thriller with Hackman commanding the screen as usual, it has quite an impressive and eclectic supporting cast, some genuinely tense moments and enough twists and turns in its story to hold your attention. The film begins in East Berlin where Hackman is in charge of a unit patrolling outside a chalet where these peace talks are taking place. The conspiracy is already taking place with one General refusing to cooperate. He’s killed after leaving the talks and Hackman is wrongly blamed for the lack of security that allowed it to happen.

As punishment he’s ordered to deliver ‘Henke’ back to the States. After Jones manages to escape, Hackman tries to track him down by going to talk to his wife. It turns out Jones has taken the identity of Henke. Hackman contacts his ex-wife Joanna Cassidy, a Lt. Colonel. She pulls up information on the real Henke and the pair can’t figure out who the mystery individual Hackman was accompanying truly is.

Meanwhile, the real Henke is given orders by Lt. Colonel John Heard to infiltrate a Neo-Nazi gang in Chicago, who he’s told is plotting to assassinate the President. His handlers set Henke up with an office and a fake identity for his cover.

Those familiar with details of Lee Harvey Oswald and the conspiracy theories surrounding the Kennedy assassination will recognize elements in the story. Henke is basically ‘Oswald’ who is being set up as the patsy. Things get more dangerous for Hackman and Cassidy as they learn more and it’s vital they need to be silenced. Unlike poor Pam Grier who was assisting them, they manage to survive attacks by anonymous goons and discover the people gunning for them have some major connections high up the chain.

As they do some footwork, piece together information and get help from Hackman’s old police buddy Franz, it leads them to the ultimate discovery of the major plot they’ve stumbled into and it becomes a race against time to that Presidential meeting at the Chicago hotel while they have to avoid the military and the Chicago P.D. There are a lot of weaves the story takes place. The puzzle Hackman and Cassidy have to solve seems overly complicated at points. Some of the logic and plausibility of this dastardly scheme doesn’t appear as well thought out as it should’ve been.

Yet, the momentum keeps the story moving ahead and provides some effective tense scenes. It might not be the most memorable thriller you’ve seen and will be one you’ll want to revisit, but while watching it it’s never boring.

I should mention, that if you’re expecting to see Hackman and Jones going toe-to-toe throughout the film and lots of scenes with them together, you’ll be disappointed. The two spend the bulk of the film not sharing the screen and only have a handful of scenes together. There are also moments with Hackman that are reminiscent of his role in The French Connection with him running around elevated subway platforms. Or at least I thought about that comparison while watching it.

Davis has assembled an impressive cast. With Hackman as the anchor, Cassidy as his partner and Jones an unflappable baddie. Jones clearly was a favorite actor that Davis enjoyed working with and he delivers as a cold soldier not caring about the murderous orders he’s following or the potential consequences of his actions. He seems to relish simply being a man capable of delivering in killing and being tasked to carry it out.

It’s one of Davis’ films that began getting him noticed as someone who could make an effective action film. With Code of Silence, Above The Law and now with The Package, Davis was able to move onto bigger productions like Under Siege and The Fugitive.

I enjoy The Package enough to classify it as an underrated gem. It’s not a movie that compels me to revisit regularly and I wouldn’t say it’s a movie you should rush to watch, but if you stumble onto it you might be pleasantly surprised. It’s a nicely packaged, well-made, diverting thriller with a terrific cast. 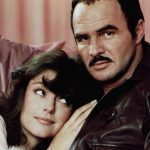