Ever since it was announced I was curious about this miniseries The People v. O.J. Simpson.

It’s part of FX’s anthology crime series American Crime Story. I think they’re calling it a ‘TV series’ consisting of ten individual episodes, but I view it as just a plain old miniseries.

Anyone remember those? You know, those extended movie special events networks used to air back in caveman times that would get half the nation to tune in over multiple nights and everyone would talk about them the next day, like Roots, The Thornbirds, North and South, or my personal favorite V.

So, I think of this O.J. movie as a miniseries. It just makes it easier in my mind. Unless they’re going to have a corny intro and they’re hoping it will get picked up for another season I’ll just call it a miniseries.

Anyway, I was intrigued by the cast they had lined up for this and I’ve always been curious about the whole O.J. case. If you were around during ’94-’95 you couldn’t escape it. I was watching the Bronco chase that day. Every single day the news was filled with the latest on the trial. And I was one of the millions who were watching that afternoon when the verdict was read. I’ve read and watched documentaries about the whole thing, so I’d venture to think I know a bit more about it than the average viewer who will be tuning into this miniseries. You would think I had enough, but ok let me watch this dramatization.

So far, it hasn’t been bad. A lot of characters haven’t gotten to fully take the stage yet. Is it just me or is the casting of Nathan Lane as F. Lee Bailey seem like a gag? It’s like something I’d see in a Saturday Night Live skit! I haven no idea what to expect from that! Maybe it will be something like the portrayal of Kato Kaelin I’m seeing, more like a showy, exaggerated caricature.

Cuba Gooding, Jr. so far has been fine as O.J. I can’t say he’s blowing me away, but his performance has garnered some sympathy out of me – something I didn’t think was possible.

Somehow I think he lacks a bit of the likability that Simpson had that was able to charm everyone. But what the heck, it’s early and it’s been a pretty miserable situation for Simpson from the start, so maybe that charisma switch gets flipped once his lawyers coach him for the trial. The first two episodes have only covered the initial investigation after the murders and the Bronco chase. There’s plenty more screen time to come for Gooding.

I’m not sold on Travolta in this yet. It’s not just his appearance. Honestly, I can get past an actor not looking identical towards the real life person they’re playing – but he just seems much more animated than how I envision Robert Shapiro. It was nice to see Cheryl Ladd pop up as Shapiro’s wife. I haven’t seen her in a long time. She was always one of my favorite Charlie’s Angels.

David Schwimmer as Robert Kardashian has been a very likable presence. I was never a big Schwimmer fan, but he’s making his Kardashian a pretty interesting character as he’s torn between with friendship with Simpson and his suspicions about him. One thing that this series is doing that is completely unnecessary is the consistent reminders of his famous children. It’s starting to get comical. Who really cares! They’re not important to the story so it’s embarrassing they’re trying to incorporate them in silly ways. I love Sarah Paulson and so far she’s great in this. They’re playing up how passionate and angry she is learning about the domestic abuse that Nicole Brown suffered at the hands of O.J. and wanting him to pay for his crime. But I’m anxious to see if they’re going to wear that shine off her crusading righteous persona as things go on.

According to what Nicole’s sister Denise Brown had said, Clark wasn’t very sympathetic towards her when she arrived at her office one day. Brown walked into her office and Clark had extremely disturbing pictures of the brutally murdered Nicole laying out visibly on her desk. After noticing Denise couldn’t help but see them and were not surprisingly making her upset, Clark replied something along the lines of that she had gotten used to looking at them and they have become like furniture to her.

That one flippant remark and attitude makes Clark sound extremely heartless towards the victims families and it’s always been something I haven’t been able to shake about her.

The series has been building up nicely with the evidence of the case. We see how things are being found, handed off, some appearing to be throwaway shots, but those familiar with the case know that seemingly insignificant moments is going to be focused on down the road.

That’s what I’m looking forward to. Seeing the portrayal of how the lawyers are going to tear down and build up aspects of the case to get to the eventual verdict. Not to mention all the blunders that were made to firmly cement it happening. Then they have to keep alive the out of hand media circus that surrounds the case and all the players in this. If FX really wanted to portray a sense of the complete craziness of that and the amount of attention the case had, there would be a new episode every single day for the next year and each one would be about twelve hours long They would become the ‘OJ Network’, much like many major cable networks became during it.

I’ll be tuning into the next chapter of this. It seems this series – oops miniseries – won’t be taking a firm stand on whether Simpson is guilty or innocent of the murders. That’s fine. Hopefully, they’ll stick with the known facts of the case and present them clearly to viewers and let them decide. It’s kind of dangerous to go the JFK route and start presenting speculation and theories as evidence and just creating confusion all over the place.

Lastly, I really liked the random detail of the busy Dominos and Pizza Hutt shops during the Bronco chase. Apparently that Bronco night was one of the biggest nights for the pizza business ever. Everyone was staying home, watching the TV, ordering pies just waiting to see what the outcome was going to be. That was a nice touch.

The late Vincent Bugliosi authored the book ‘Outrage: The Five Reasons Why O.J. Simpson Got Away With Murder.’ His stance on the case is crystal clear.

In addition to the book he also filmed this video O.J. Simpson Absolutely 100% Guilty, where Bugliosi dissects the case, examines the evidence and explains how he believes a guilty man walked out of the courtroom a free man. It’s fascinating and extremely enlightening. Just be warned it’s very long, but it’s well worth the time if you’re interested in the case. 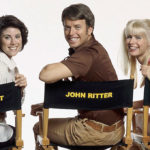