I seem to see these things at every store around Christmas time. It’s become one of those things everyone throws onto their shelves to lure desperate, last minute shoppers to buy as presents.

Any other time of year these things might seem like a chintzy, last second gift idea. They would rival giving someone one of those coffee mugs with a small bag of candy taped to the inside of it. But in the heat of the moment they become the fail-safe perfect gift for anyone during the holiday season. Popcorn tins!

I ended up with one of these tins last Christmas. I actually don’t mind getting them, I do enjoy munching on my popcorn. I could really care less what kind of bag, bucket or container my tasty popcorn comes in.

Of course if the tin I’m given actually has a pretty cool picture on it then that will determine my real excitement for getting one of these. If it’s some kind of lame winter landscape picture I just view the tin as a temporary container that will be getting thrown out after the popcorn is devoured. The one I got last year I still hold onto since it had pictures of the original Star Wars on it. That I’m very ok with. Had I been given a popcorn tin decorated with prequel characters….I might have just begrudgingly accepted it out of politeness. Or maybe I would have opened it right there dumped the popcorn in a big bag and told the gift giver to get that tin out of my sight. I will not allow Jar-Jar to ruin my Christmas!

So if the tin actually has some kind of cool picture on it, then I try to think of how I can put it into use once its emptied. Usually that ends up as a pointless exercise.

It’s always tough to come up with ways to make this tin useful. The best ideas I typically come up with is using it as some kind of storage canister, but then I can never find anything to store in them. I suppose I can throw some socks in it. But then you always have to take the lid off to get to them, it seems to be such a pain.

I’m sure there are some very creative people out there who are very inventive in how to make good use out of empty popcorn tins. That could make a pretty helpful brochure. It might be a nice additional gift to tape to the side to the popcorn tin.

Anyway, that’s not my complaint about these things. And I won’t start up with the lame way they try to separate the different popcorns with those flimsy cardboard slots. They never seem to work very well.

Whenever I start to focus on eating one particular flavor the cardboard starts to move around and it starts to allow the other flavors to squeeze through their side of the slot into the compartment next door. It’s like prisoners jumping over the wall during a jail break!

Nope, I’m not going to complain about that. The containers, the mixing up of popcorn flavors, these I can live with. What really annoys me about these popcorn tins is that everytime I get one of these – half the popcorn in them doesn’t seem fully popped!

I don’t know what it is about this crap. Everytime I grab a handful of popcorn from these tins I always have to pick through the popcorn to make sure I don’t try to bite on one that is half-popped and is more kernel than popcorn. It’s extremely annoying. I expect to get some unpopped popcorn towards the bottom of the bag or bucket or anytime I have popcorn. But with these tins these half-popped kernals are residing everywhere from the top of the tin down. You can’t avoid them!

These are not just unpopped popcorn kernels either. They’re half-popped. So at first glance they might seem just like another tasty morsel of popcorn. However, upon closer examination you’ll see a big old hard kernel is making up the majority of it.

You can’t really eat these things, unless you want to risk cracking a tooth. They’re only destined to be thrown to the side. I guess some people will eat them, but I separate them from the good popcorn.

This popcorn tin becomes a minefield of picking and choosing the popcorn you’re going to eat out of them and I always throw the undesirables off to the side in a napkin or something. And there are always way too many of those! Certainly a lot more than I would expect to find in this popcorn tin. The percentage seems out of wack.

The idea that I’ll be sitting back scooping out handfuls of popcorn from this tin and enjoying snacking on some delicious popcorn isn’t entirely true when I’m given this gift. There’s much more frustrating work involved.

Plus, I don’t understand who is buying all the damaged ones that stores mark down after the holidays. The tins are all dented and scratched, they’re all banged up. Usually they’re the ones with the worst looking pictures on them too.  These are the ones everyone else knew looked awful and were smart enough not to buy and are now sitting there with a ‘50% OFF’ sign taped to them. Do the people who buy those up just can’t pass that deal or do they really want that crappy popcorn inside them? I’m not sure what the problem is here. Is the extra money they would normally use to pop quality popcorn to fill these things being spent to make the cool designs on the outside of the tin? The artwork and money that goes into making these tins are forcing them to cut corners and they have to resort to filling them with just half-popped cheap popcorn?

Orville Reddenbacher’s microwave popcorn never has this problem. Am I just getting the cheaper popcorn tins and the higher end ones actually use better quality popcorn in them and this kernel problem is not present? Am I the only one who gets frustrated with this?

I prefer my popcorn with a bit more quality. Cooking some Jiffy Pop over an open flame beats these tins everytime! I’d rather just have a container made of tinfoil I can toss immediately having no worries with nice tasting popcorn inside it. I can live with the small tradeoff of getting just one flavor of popcorn. 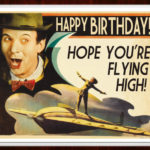