Thirteen-year-old Finnish boy Oskari (Omni Tommia) is upon a rite of passage. Like generations before him, he will set out into the vast forest alone and spend 24-hours in the wilderness to prove his mettle, try to hunt some deer and return a man.

Meanwhile, Air Force One is in the skies above and a plot to assassinate President William Alan Moore (Samuel L. Jackson) is springing. The plane goes down, agents are killed and now the President is alone and unprotected with traitorous Secret Service agent Ray Stevenson and his pack of baddies hunting him down.

With Washington and the military powerless, they sit in utter despair at the dire situation the President is in. Yet, they didn’t count on the Prez meeting up with young Oskari who turns out might be his best chance to survive! This is a pretty fun movie. Was it silly? Definitely, Preposterous, absolutely! Yet, it still ends up being quite the entertaining romp.

It’s goal is to entertain younger viewers and it succeeded quite successfully when I watched it with my nephews. They enjoyed it.

I also couldn’t help but get in the spirit of it and just enjoy it for the goofy entertainment it was striving to be. That’s probably the best way for older folks to watch it – if they decide to take a chance with it. Don’t go in expecting anything other than an ‘Air Force One/Cliffhanger/Die Hard twelve-year-old boy’ hybrid made on the cheap and you might walk away with a slight smile on your face.

Jackson does seem like an odd bit of casting here. I get it, he’s a name and he probably helped attract attention to this movie, but him as the President? It’s tough to buy. It’s when I see him pop up in things like this where I wonder if Jackson ever turns any offer down. Maybe the guy just likes to work and keep busy. The nephews thought he did a fine job playing this president. “Samuel L. Jackson is a real good actor!” That was an actual quote from one of them.

Jackson does ‘Jackson Lite’, in his role here. He can’t be his standard movie badass with the story requiring him the need for help from a kid. So, he downplays any toughness we usually associate with him and he actually gets bossed around by Tommia, who is a pretty charming kid.

There’s also a break from any expected ‘child cuteness’ we usually see onscreen from him. He feels more real than the usual child performer and I thought he was a pretty likable kid. Plus, he’s able to hold his own against Jackson and they share some funny moments. Sure, things do go overboard – way overboard – with some of the action bits. At one point, things skirt into outrageous ‘Die Hard sequel’ territory, particularly towards the end. If you see it you’ll know what I’m talking about. Even the nephews thought things got crazy.

But, there’s also a fair bit of exciting scenes. One with Oskari trying to rescue the president who’s swinging from under a helicopter is pretty fun.

I know, I know, it sounds ridiculous, but you just have to put yourself into a more adolescent mindset with a lot of this. Try not to be a cynical adult poo-pooing this stuff!

The effects bounce between being pretty decent for a B-movie of this scale to extremely cheesy. There are points when things look very absurd and cartoony. We’re talking about major cringe.

That was one criticism my nephews had at points – “That is pretty bad CGI!”

Some of the scenes featuring the forests and mountain landscapes are gorgeous. I don’t think this is close to being an accurate portrayal of Finland though, but what the heck! It clocks in at about 90 minutes and moves at a nice pace. It’s able to create a nice little father/son dynamic happening with Oskari trying to live up to the heroic hunting image of his father. The violence just skirts of being too extreme for younger kids, which I think would be the ones who would most enjoy this.

Although, they crowbar in Jackson’s famed use of the ‘MF’ word. They drown it out in the version I saw, but it was completely unnecessary and not even in line with his President character.

The supporting cast of Victor Garber, Jim Broadbent and Felicity Huffman do the obligatory scenes of helplessness, looking at monitors, explaining the terrible odds the President is now faced with all the while sitting in a situation room. There is nothing surprising there and it’s mostly leisure work for them. Stevenson and Mehmet Kurtulus as the lead terrorist both get much more to do playing their sinister bad guys.

The film does throw in a last minute twist with Broadbent and Garber that again felt completely unnecessary. I mean, really pointless! It had the nephews scratching their heads, saying “Huh???” They should have just kept it simple and attempted to do anything fancy here. I happened upon this movie during a rainy Sunday afternoon, knew nothing about it and ended up being surprised at how much fun I had with it.

It almost felt like a throwback to 80’s movies like Cloak and Dagger somehow. It’s not as good as that one, but it felt sort of like a twelve-year olds idea of a wish fulfillment adventure getting to be an action hero.

This is not required watching at all. It’s target audience is for young teens and those are the ones who probably will enjoy it the most. I don’t think if you’re a connoisseur of the action genre you’ll be too impressed by it if you’re expecting anything other than a lightweight romp. Or maybe if you’re in a fun open adolescent frame of mind, you might get a light kick out of it and not be rolling your eyes too much.

Get ready to experience the whole movie with this one trailer! Including all the spoilers. Ain’t modern trailers grand? 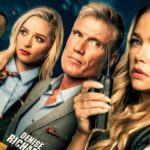