I was talking with someone who I hadn’t seen in a very long time.

They were one of those folks everyone has in their lives – they had made a guest-starring appearance in the television series we call ‘our lives’. It might have been a long time ago, but they played some scenes with us and left a bit of an impact. They didn’t necessarily become part of the regular cast on our show or would even qualify as a supporting character, but they made a memorable recurring guest shot for a stretch and then quietly left the stage.

You might have thought they made a bit more of an impression on the production than apparently they ever did. You might have viewed their participation as one for the highlight reel, but in their eyes it wouldn’t have even made it onto their resume.

That’s what happened with me and this individual. Not seeing each other in ages, I instinctively started the act of reminiscing about the moments we shared. That was a bit of faux pas on my part.

Those past memories are the things that creates a connection with someone from your past. Whether big or small, there’s a bit of a shared history you have with each other. This is what differentiates you talking to an ‘old acquaintance’ that was made in your life rather than some new person who has entered it. There’s a connection, no matter how distant, that you have between each other.

So, what happens when this ‘old acquaintance’ has no recollection of any of those memories that you thought were so special?

This is the situation I found myself in. What initially was meant to be a fun trip down memory lane, laughing at those moments and ending with a fondness about them, turned into a very uncomfortable conversation. With each mention of some sacred memory I had of ‘us’, they stared with a glazed over look with the reply, “I don’t remember that.” It was quite a consistently brake-stopping conversation. I attempted multiple times to reignite some recognition with certain incidents, but it was a fruitless effort. It was like they did a brain purge at some point after I last saw them!

They tried to placate my surprise and disappointment by telling me they have a terrible memory and don’t remember anything very well. That didn’t soften my blown ego.

I started to wonder why the heck was I bothering to try to recount and shake their memory. This idea of catching up turned into a disaster.

I wondered if we had ANYTHING in common anymore. Take away those hazy memories from the past and that dusty relationship and it was like starting with a blank slate with some stranger. It began to fell more appropriate had I introduced myself to them and give them my basic stats.

Back at that point in our lives, we made a connection due to where and who we were. Today, yes we’re different people and I don’t think there’s even any common ground between us. I doubt I would ever take anymore than a polite interest in who this person is today, do some meaningless small talk and exit the scene not giving them a second thought.

What’s the point of catching up with someone if there is no longer any shared experiences to revisit? What is the point of finding out how someone is doing after many years and what they’re doing in their life if the genesis of your relationship has vanished?

Why would you even bother to be friends with them on Facebook and be curious to see how their day is going in that case? If they barely remember any of the more significant events that have occurred between the two of you in the past, is there really any point in keeping updated on how their morning coffee was?

It also made me think how depressing it would be to have a ‘bad memory’ like them. Incidents, anecdotes, events from their lives appear to just wash over them and leave little mark. It’s like a real life Memento happening! How insignificant would life and experiences mean if you don’t have memories of them to store away, reflect on and learn from?

Sure, some of this stuff was a long time ago, but really….no recollection of any of it at all??? I was a bit shocked. I’m not saying I have the best memory ever or am like Marilu Henner with that memory condition where she can recall minute details of every day of her life, but I’d like to say I’m pretty good at remembering certain things. And that’s another disheartening thing that occurred to me with this reminiscing thing – all these events and interactions I had with this individual that I thought were so special and carried around in my head for years, were not even a blip in their consciousness.

The importance I placed on these things all this time didn’t even register with them. I’m not even sure how they even managed to remember me or who I was in their life in the first place!

So, getting back to that metaphor of them being a guest-star in the series of my life, for them I apparently had a brief walk-on in theirs. I imagine a non-speaking role, maybe someone milling around in the background that brushed past them. I bet I won’t even get my name listed in the credits of their show!

After this I won’t be doing much reminiscing with anyone for awhile. 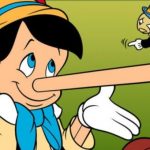 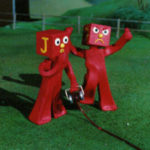 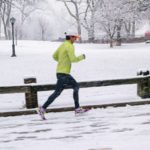