Director Robert Bresson tells the story of a French resistance fighter captured by the Nazis. Fontaine (Francois Leterrier) is found guilty of espionage, is captured and brought to a prison in Lyon, France. He is placed in stark cell and awaits certain death, it is only a matter of when his life will be decided to be put to an end by his captors.

As he awaits his fate, Fontaine spends the days lining up with his fellow prisoners, eating meager meals and planning a desperate escape for his survival in his locked cell. Silently studying the prison layout, the items he has at his disposal and the obstacles he must overcome, Fontaine formulates a plan to break free.

Through silent determination, extreme patience and meticulous creativity Fontaine works behind his cell door to employ his escape. Its success is the only hope he has for his life.

Directed by Robert Bresson, A Man Escaped is based on the true story of André Devigny who was imprisoned by the Gestapo for his activities with the French Resistance. The film details his real escape from Fort Montluc prison in Lyons 1943.

The film went to great pains to be as  authentic as possible to Devigny’s story. It was filmed in the same prison Devigny was held in and the escape props that are used were meticulously recreated from the actual real ones Devigny made. The prison had actually preserved them in the years since his escape. It still remains today and is now known as the National Memorial Prison of Montluc. Fontaine is the only prisoner willing to risk the chance of escape. It appears hoped has been completely stripped from this prisons occupants. Many seem to sit idly by and have accepted their fate.

There is the famous expression, ‘silence can deafening’. This couldn’t be more true than the sound used in A Man Escaped. Upon entering the prison, Fontaine is ordered to stay quiet. The prison becomes as quiet as a tomb with prisoners looking down, marching and not talking.

There does come moments when words can be whispered between men. Fontaine communicates with some of his fellow prisoners during the story, but the majority of words we hear are Fontaine’s own internal dialogue as we hear his thoughts during his stay.

The soundtrack becomes sounds of tapping on metal, scrapping, distant coughs. A crack of wood can be just as unnerving as a gunshot. A Man Escaped would be an excellent class in the importance of sound in film. The use of closeups of Fontaine’s work adds to the suspense and intricate detailed work he’s doing. It pulls you further into the drama. The character of Fontaine is somewhat a mystery. We don’t learn of his background, his family and friends he’s removed from. We’re unaware of the emotional stakes that are swirling in his head. We only know him from the punishment he receives and the subsequent action he takes. It’s really all we need. It’s a very focused film that zeros in on the dire situation of a man needing to escape for his survival.

Being informed of his execution by the Gestapo, Fontaine is readying to take his chance of escape with his prepared tools. He faces another obstacle when he’s given a young French teenager who had joined the German army and is now labeled as a traitor. Can Fontaine trust his new cellmate with his escape plan or will he have to be killed? I suppose the ending is the conclusion that you’re expecting to see. Based on the film’s title basically reveals the outcome to the story. But it really doesn’t matter.

I never subscribed that knowing the ending of a film immediately sabotages the enjoyment of it. If that was the case films based on true stories, historical events or even the majority of romantic comedies could be dismissed outright with the logic, “Eh, I know how it will end.”

It’s the road getting to the conclusion and how it’s told that is the compelling part. That is the case with A Man Escaped. It’s as tense as any suspense film you’ve seen.

A Man Escaped Has been said is Bresson’s masterpiece. After seeing it it’s easy to see why it would get that distinction. It’s a terrific film. In this simple story there’s such great depth in it, the spirit of freedom, faith, fortitude, the preciousness of life. It’s a must see film. 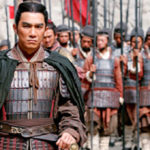