The greatest cinematic vehicle now has a proud new owner. At a London auction on October 28, 2010, Ohio based collector Harry Yeaggy bought the car for a 4.6 million dolllars – around the price of a night out with Goldfinger.

The iconic 1964 Aston Martin DB5 is simply the most recognized and famous car James Bond has ever driven – and has since become known as “the most famous car in the world”. Since making its debut in 1963’s Goldfinger and returning in 1965’s Thunderball, the car has become synonymous with Bond, most notably associated with the Connery-era Bond, although Pierce Brosnan drove it in 1995’s Goldeneye and Daniel Craig got behind its wheel in 2006’s Casino Royale.

There were four Aston Martin’s made for the films – two for promotional purposes and two for use in the film. This particular one that Yeaggy picked up is said to have been used in the driving scenes that Sean Connery drove around as 007.

The second was reported stolen from a Boca Raton airport hanger in 1997 and has not been seen since. I’m not sure how that could happen. So my guess is that it’s sitting covered up in a garage somewhere. You can’t really go out driving the thing without arousing suspicion.

This particular Aston Martin has all the goodies fans love – fake machine guns, bullet-proof shield, revolving number plates, that control panel in the armrest, , all that fun stuff Q told us about. For 4.6 million I would hope all those features actually work!

I felt compelled to quell suspicions that HaphazardStuff is in fact NOT the new proud owner of the Aston Martin and it won’t be displayed at the Haphazard Amusement Park anytime soon.

Although I think it would have been a perfect place to keep it! 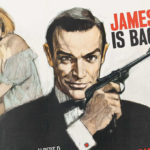 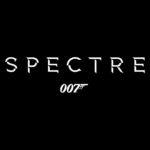 Bond 24 Will Be Spectre – A Reaction 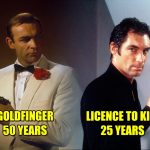