Your phone rings…..and you receive some bad news.

The IRS is after you over a problem with your taxes. Now you’re threatened with stiff jail time. OR You can just send money right now and take care of the problem. Oddly, enough you can take care of this federal offense with the purchase of a few I-Tune Gift Cards.

Hey, what’s this prompt on the computer and this number to call? You call it and are informed your computer is infected and you need anti-virus software to clean it up. Luckily a computer tech ‘from Microsoft’ or ‘from Windows’ is offering to help you out. All you have to do is allow them access to your computer and they’ll clean it up for you. They won’t do anything deceitful to your computer and steal any kind of important information from you. Oh no. They said they work for ‘Microsoft and Windows’ afterall.

RING! It’s your bank calling you. You’re informed there was a security breach on your account. Oh no! Now if you just provide them with all your security information and PIN number they’ll fix it for you. Don’t worry – it’s not like they would drain your account – they say they work for your bank afterall!

RING! You missed Jury Duty and now have to get over to court and face a penalty from a judge. OR you can just send money right now and take care of it right over the phone. They will accept MoneyGram cards.

RING! Your grandson is in jail and he needs you to bail him out! Fortunately, you can send money to the phone caller and get little Bobby released in a matter of minutes! Hurry over to Walmart and get plenty of I-Tune Gift Cards!

RING! Finally, some good news. You just won a ton of money in some sweepstakes and it’s ready to be wired to you! We’re talking a life-changing amount of money. The only thing is you have to send a small percentage of that sum to the phone caller to have them release the larger sum to you. Hey, don’t worry they promise they’ll send it to you once you send that smaller amount of money to them. Scouts honor!

The phone scams going on are exhausting! It’s sometimes hard for me to comprehend that with the proliferation of so many call centers working so hard to steal from others, not much seems to be done to stop them from preying on unsuspecting victims. Perhaps it’s because so many are based overseas – many apparently in India – that keeps them out of the reach of U.S. laws.

I imagine with the amount of cell phones out there and the millions of phone numbers being created in the world today it will only invite even more scams to be created that you’ll have to hang up from.

YES! Hang up on them! Don’t be one of the unfortunate victims who will fall for any of these phone scams and have your money robbed from you.

This is fantastic! What a great way to combat these phone scammers! It’s too bad there’s not an official government department who does this on a daily basis. 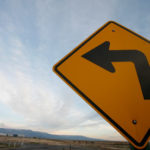