So as most superhero fans know by now Green Lantern will be hitting movie screens on June 17, 2011, in 3-D of course. Ryan Reynolds will be playing test pilot Hal Jordan who is recruited into the Lantern Corp and whose mission is to keep the universe safe.

Along with Reynolds, Blake Lively, Peter Sarsgaard, Tim Robbins and Angela Basset will be co-starring. Along with Mark Strong as Sinestro. He seems like the go to bad guy actor at the moment. Martin Campbell (Casino Royale, GoldenEye) is directing. There aren’t many more details.

Warner Brothers is keeping a tight lid on this one. I’m sure once they finally release an official picture of Reynolds in his costume fan boards will be lighting up around the world, scrutinizing every little thing about it.

Warner’s has said they are already planning a second Green Lantern film. I don’t think anyone will be too surprised by that. I mean, you need sequels nowadays and that seems to the ultimate goal. Keep the train running as long as possible and get all the money you can.

Along with another Lantern film a script, a Flash film is being worked on with the hopes of it hitting theaters in 2013.

So it looks like finally Warner’s is going to do something with their DC properties, other than Batman and Superman. It seemed inevitable. With superhero films being the hot ticket, it seems crazy not to do something with them. Plus, looking at long-term business these could potentially earn the studio billions. The upcoming end to the Harry Potter series perhaps made them realize they won’t be able to count on that anymore to rake in the bucks.

So this all sounds pretty good. I’m excited to see these characters finally make it to the theaters. The only thing now to worry about is – will it be worth the wait? 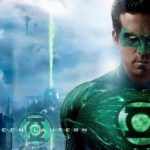 The Spreading Word On Green Lantern