While audiences are getting to watch Ridley Scott’s return to the sci-fit genre with Prometheus, I decided to finally check out  director Danny Boyle’s own space adventure film.

Sunshine sounds like a goofy B-movie space premise. Fifty years into the future, a team of astronauts and physicists are traveling to the soon to be extinguished sun in an attempt to re-ignite it and save planet Earth. This is the second attempt by mankind to relight the sun, after a failed mission seven years prior. It’s an interesting setup.

Of course problems arise between the characters, the technology and the decisions that are made. It all jeopardizes not only their lives but also their mission and the possible extinction of the entire human race. Starring Cillian Murphy, Chris Evans, Michelle Yeoh, Rose Byrne and Mark Strong, I was apprehensive when I sat down to watch this. The fact this was a Boyle’s first sci-fi film (and supposedly his only one – after making it he decided he wouldn’t return to the genre) made me really curious to see how it would be. And for the majority of it I really enjoyed.

The dangers of the extreme heat traveling closer to our nearest star is a unique obstacle for these space travelers. The solutions the film uses to make it possible in this story are interesting, along with the solution of allowing them to be given an unlimited supply of oxygen. Of course when things go wrong, things really go wrong!

The sun’s presence is felt throughout the film. Not only by the hazardous effects it can cause, but also for the life it represents. Boyle constantly uses its luminescence to illustrate some real powerful images.

I say I like the majority of the film, since the last third of the film veers away from the tight, hotbed of stubborn and indecisive characters making sacrifices into some…..very strange territory. If you’ve seen the film you know what I’m talking about.

This final part of the film seems to really divide viewers. For me I didn’t like it and felt it ruined a really smart and compelling sci-fi flick. So despite a lackluster final act, Sunshine moves along nicely until then. I wish it kept on that track for its entirety. 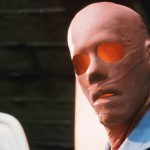 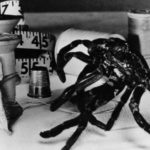