What’s so difficult about giving a friendly courtesy wave to your fellow driver to show acknowledgment and appreciation for a small selfless act while on the road?

Driving can be such a big headache sometimes that even the tiniest acts of politeness can be overwhelmingly gratifying to get.

That feeling of independence and adventure awaiting for you on the roads and highways when you first get your drivers license is only a fleeting sensation. That euphoria gradually fades away and is replaced by laying on your horn to get the jerk in front of you to move out of your way.

After clocking up thousands of miles on the road you can start to get a bit jaded about driving. You’re usually not out cruising the highways for the simple goal of listening to some good tunes, glancing at the scenery and to feel the wind in your hair. In our daily lives we’re just trying to get from Point A to Point B as quickly as possible.

Let’s face it, the simple trip of getting to work can become a headache. You have a lot of crap to deal with. Potholes, tailgaters, detours, red lights, slow moving trucks, incompetent drivers who fail to notice they’ve had their blinker on for the last hundred miles and reading annoying bumper stickers. I’m not interested in reading philosophical musings or learning that this persons kid is an honor roll student, I just want to get to work and not have my boss give me grief – so can we move it lady!

I can see how tempers can run high on the highways. Such a seemingly simple task can quickly become so stressful. The once golden colored empty roads that you dreamt about in your younger years have become heavily congested with incompetent drivers who seem to make up an endless obstacle course for you to navigate through. I can’t imagine how cab and limo drivers maintain their sanity – or maybe they don’t even bother and having their nerves snap is just a daily occurrence. They must be a breed apart from the rest of us.

So, it’s a jungle out there, but occasionally I’ll let my defenses down and actually be a courteous driver. I’ll see some poor slob trying to make an impossible left or inching up slowly attempting to be let into this long line of rolling metal. I’ve been in the same predicament and I start to feel for them.

And for a brief moment I prove that all the headaches of driving hasn’t sucked all the humanity out of me – I let the other driver pass. It could be very easy to just be like the majority of drivers and do that ignoring move. You know ‘the ignoring move’, you just look ahead, pretend you don’t see the other driver, act all oblivious to their plight and continue on your merry way.

So I let this other drive ahead of me and I clearly eliminated one of the aggravating hurdles in their driving day. Now this sacrifice of mine does not come without any strings. The unspoken deal is that they offer me up a friendly courtesy wave. Just a simple acknowledgment of my yielding to them and allowing them to pass. A thanks from them. That is not a lot to ask or to give.

ow you’re both in your vehicles feeling a bit more positive. Then you could start looking at it as one of those ‘pay it forward’ gestures, maybe this could snowball into making the roads a little less packed with angry drivers. A courtesy wave is just a win win for everyone involved.

When I allow someone to pass me and I don’t get a courtesy wave by my fellow driver I immediately regret my civility towards them. Seeing them take for granted my goodwill really works me up. I stare at the back of their car and think of all sorts of descriptive words which I now refer to them as.

I eventually replay that moment in my head when I had a choice to let them pass or do the ignoring move on them. Guess which one wins? Even thoughts of just ramming the back of their smug looking car doesn’t seem like a bad idea!

See, that anger could have been avoided if they just waved at me! Even a lazy nod I’ll take. Next time your out on the road and an anonymous driver accommodates you don’t be a jerk and offer up a friendly wave. Even a lazy nod is better than nothing! 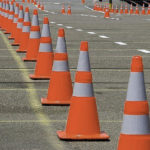 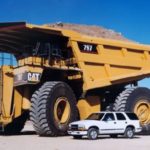