One of the most surreal experiences I’ve encountered recently is something so easily explainable it’s almost wrong to call it surreal.

There I am exhausted in the early evening. It was sort of my own fault really. The night before it was one of those sleepless nights. Not one of those ‘I had trouble falling asleep’. Nope. This was straight out ‘I couldn’t fall asleep’. I could blame this on several factors, but even if I could pinpoint exactly what is gnawing inside my head doesn’t ease my mind when I’m staring at the ceiling be lit up by a sporadic car passing by. I’m just trying to catch some Z’s.

Finally after debating back and forth and trying to reason the night could still be salvageable (‘I can still get in three hours’, ‘Let’s try for one solid hour of sleep’) I gave up. So my waking state ended up flowing into the next day. By around 6 in the evening that night, with my duties done and nothing left on my plate the thought of some sleep started to sound pretty good. At that point all the factors that were helping to contribute to my insomnia were completely overruled by the exhaustion my body was feeling.

It was still too early to actually call it a day though. I didn’t want to end up waking up at 4am. So I thought I would just lie in bed and watch TV for awhile. At least try to make it until it got dark. I climbed into bed put on the tube and tried to pay attention.

That lasted for about ten minutes. Before I knew I was doing that head-bob thing. You know when your head starts feeling heavy and you constantly catch yourself before you slip off to dreamland. I tried to get interested in what I had on the tube, but this new Rambo movie just wasn’t that absorbing. (how the heck did I decide to have Netflix send me that is another question that will probably keep me up in the future)

I decided the heck with all this. I closed the blinds and went off to sleep. And it felt good.

Next thing I knew I wake up….and have no idea what day it is.

I look at the clock and it says 8, but I have no idea if it’s 8 at night or 8 in the morning. It’s a humbling experience to not know if you slept an hour or thirteen.

It turned out I snoozed right through to morning. But for those few minutes I felt like a lost explorer. Like how Christopher Columbus must of felt in the middle of the ocean, just looking out at an endless horizon of blue water just trying to get his bearings.

Ok, maybe not exactly like that, but it was a surreal feeling. 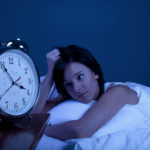 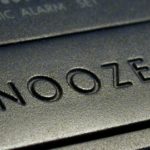