Some bad guys are out to get First Lady Jill Ireland. Luckily she’s being guarded by tough, no-nonsense secret agent Charles Bronson. The bad guys won’t stand a chance!

This veteran secret service agent and First Lady might not like each other, but through a series of explosive, over-the-top action scenes while being on the run, you can bet they’ll soften towards each other before the end credits roll.

Directed by Peter Hunt, Assassination is another disposable Bronson action flick brought to us by the fine folks at Cannon Films. Unfortunately, it isn’t as cheesily fun for a brainless Saturday night actioner as some of Bronson’s other latter outings were. The working title for the film was to ‘My Affair With The President’s Wife’, but that eventually changed to the more thrilling and actiony, sounding Assassination.

Bronson said at the time, “Someone thought the original title might be insulting to the presidency of the United States, so they changed it. There’s an assassination involved so they stuck with that. They didn’t want to scare off people who come to see my films with a title like President’s Wife. It’s not what people expect from one of my pictures.”

Assassination’s story itself is convoluted and ludicrous. Bronson plays Secret Service Agent Jay Killian, who gets assigned to protect the new First Lady. Very quickly there’s an attempt on Ireland’s life. And then another one. With his innate Secret Service senses, Killian begins to suspect there’s an elaborate plot on her life.

Apparently her and the Prez’s marriage is more a political cover than what the public realizes and now seeking re-eleciton, the Prez feels he’ll easily win if he’s a widower. He has no problem dispatching the Missus. These are quite complicated risky lengths this guy will goto to win the election. I don’t know. I guess, we could go along with it. Well, we have no choice if we want to get to the action parts that we’re watching this for. Bronson and Ireland hit the road and are subsequently chased by bad guys. They’re riding motorcycles, they take a train ride, they hop in a dune buggy. And of course with every stop they make, there’s assassins who show up and fans get to watch Bronson dispatch them in his usual fashion with bullets and explosions.

Cannon was notorious with it’s cheapness. They loved to cut as many corners as possible when making a movie. Just before production began they cut the budget for Assassination, which already didn’t have an extravagant budget. They needed to give Bronson his million dollar payday, so they had to save in other areas. Assassination attempts to do the most with what it had – and it’s not exactly a rousing success.

Some of the interior rooms in Washington D.C. are adequate, with some added obvious stock footage. Hey, they’re trying. The film reuses some of the score from Delta Force, which momentarily adds a grand action aura to some shots.

And that’s about it. There’s no getting away from the eye-rolling shots of palm trees in downtown Washington D.C. Or the grand presidential parade that looks like a small town parade that would have the local girl scout troop leading it. It’s all pretty unconvincing. The only way around the lack of locations is to shoot a lot of close-ups of everyone, which gives this claustrophobic and even more apparent of the lack of money the film has.

There’s this one shot that always stuck out to me. Killian is on the run and calls his trusted secret service pals back in D.C. To be on the safe side, Killian calls them at a payphone next to the Washington monument. It’s the only real actual D.C. location that appears in the film. They use this telephone shot a few times in the movie with different characters. I always figured the film brought their own prop phone booth to this spot and it was the only real D.C. location they shot at. I wouldn’t be surprised if this was a quick ‘shoot and run’-type of scenario.

It does help that for the majority of the movie Bronson and Ireland are running around in desert towns far away from the cityscape of D.C. The filmmakers probably felt they had to get out of D.C. or it would break their bank. They had limited options of trying to sell that setting. I did think some of the inside Washington D.C. sets are adequate

Chuck fans should be warned that this is not a hardcore actioner like the usual Bronson/Cannon fare. Assassination was rated PG-13, so it doesn’t quite deliver on the outrageous brutal Bronson killing that fans want to see from him. I guess they hoped the movie might have been a more mainstream hit and attempted to appeal to a broader audience. It didn’t work. Assassination bombed at the box office. It’s often cited as one of Bronson’s worst movies. They should have stuck with an R-rating and had Bronson unload unmerciful amounts of ammo into the bad guys

One more notable piece of trivia for Assassination was it was the eighteenth and final onscreen pairing of Bronson and wife Ireland. She would die in 1990 from breast cancer.

There’s no mistaking Assassination for anything but a low-rent 80’s action flick. We get those tinkling music cues when there’s shots of bad guys or suspicious activity going on. There’s those clunky edits right before we see close-ups of guys getting shot in the face. You know, a close-up of a bad guy screaming – cut to his car exploding. It’s that kind of stuff. It’s pretty surprising just how low-grade a lot of the action scenes are put together. When I consider that Hunt had made On Her Majesty’s Secret Service and the glamor and excitement he brought to a lot of that film, there’s nothing comparable to that in Assassination.

There’s plenty of the old movie clichés thrown in here. Bronson has a secret service agent sidekick Jan Gan Boyd, who really has the hots for him, despite being thirty years younger than him. She is very attractive, but she is downright awful in this.

Bronson and Ireland engage in forced back and forth bantering as they travel across the country. I suppose they were going for that mismatched pair while on the run kind of thing, but it really doesn’t work. Their bickering isn’t fun, is very routine and honestly, is not the type of thing Brosnan fans want to see from him. I suppose it was meant to be a bit of a softer side for him, but it’s certainly not his strong suit. Plus, despite being his real life wife, we don’t see those sparks onscreen between he and Ireland. That’s one notable piece of trivia for Assassination; it was the sixteenth and final onscreen pairing of Bronson and wife Ireland. Ireland had been diagnosed with breast cancer in 1984. Since then she had not acted since. Most likely at Bronson’s suggestion, Ireland was offered the role as the First Lady in Assassination and she was elated to be asked. Saying at the time, “I think my return to work proves, at least to me, that there is life after cancer.”

She would die from breast cancer in 1990.

There are a few truly laughable things in Assassination that give it some unintentional kicks. Boyd spending her evening wearing a neglige, sitting in bed, eating strawberries, just hoping Bronson will want to join her. Some really conspicuous stunt doubles. In some cases, they didn’t even try to make them look like the actors. For one thing, try to at least match the actors hair color with the wigs! Speaking of wigs, in one scene Ireland is in disguise wearing a wig, listening to her radio and doing this weird disco dance.

Not only is this an effective disguise for the famed First Lady, but this bizarre woman goes completely unnoticed by the crowd of reporters and cops In reality, I think at least one person would take a gander and say, “Look at that crazy lady!”. Bronson with his innate secret service talents is the only one who figures out she’s actually the First Lady and proceeds to follow her.

When Bronson gets on a machine-gun wielding motorcycle and then shoots a rocket launcher into a barn, I need to catch my breath from laughing asking, “Where the hell did that come from???” Maybe, along with its score, Cannon had that motorcycle leftover from The Delta Force as well and decided to reuse it. If there was more of those kind of ridiculous scenes Assassination might have been more worthwhile and had been fun cheesy entertainment. Instead there’s too many long lulls in between the spurts of lackluster action – and no one is going to care about what’s happening in those lulls! At the end the film wraps up so abruptly you’ll wonder if a reel got lost somewhere!

There’s nothing to see here. Assassination certainly doesn’t rival the superior In the Line of Fire for a thrilling popcorn assassination thriller. It even makes some of Bronson’s other Cannon work, some of which are quite bad, better in comparison. At least they could fall into the ‘it’s so bad, it’s good category’ and give you a kick from them. Assassination doesn’t even manage to do that. 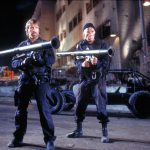 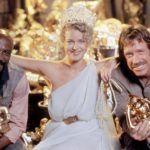