You know what I’ve never seen? One of those organ grinders with a monkey!

I’ve heard organ grinders were popular before radios came about. It was the only music neighborhoods would be able to hear. When the organ grinder would set up on a corner and start cranking out his tune it caused some excitement in the street. People would be jazzed they were getting to hear music (no matter how bad it was) and would quickly gather around.

The addition of the monkey to the act was purely for economic reasons. The monkey was just an animal that had the ability to hold a little cup, walk around the crowd and collect money as the organ grinder spent his time cranking out the music. The monkey could be fairly easy to train for that simple responsibility so he seemed like a natural fit for the job.

Plus, a monkey is just unusual enough of an animal to draw attention and make people entertained. Normally you would only see monkeys at a zoo or in National Geographic. How can you not want to give the little monkey some loose change?

Nowadays, my first instinct would be to assume they would be sort of a circus act. Maybe the guy with the monkey would be wandering around the ticket booth to create excitement for all the kiddies. Maybe they would still be popular in European countries. Overseas this act seems like it would fit in better today. For some reason I don’t see Americans being very accepting of a dude playing some music (especially organ music) with a monkey running around him. Anything other than a hot dog stand on the corner would look too eccentric for daily life to us.

I guess they’re not really a popular act anymore. I would remember if I ever saw an organ grinder and a monkey collecting dough. In old movies I would see them pop up a lot. There was one cartoon where Sylvester dressed up as an organ grinder’s monkey to get into the house where Tweety was in.

Today this disguise would feel too outlandish.  I’m not even sure they were really that popular in the 30’s and 40’s or if the films just added them to juice up the scenery. Maybe they were a unique novelty even back then. I’ve never gotten to see one with my own eyes though. 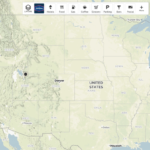 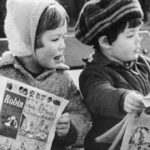 Sunday Comics – They’re Not What They Used To Be