I’ve been a Weird Al fan for pretty much my entire life and I still have yet to get tired of him.

Just recently I attended one of his concerts, I’ve been to several of his shows and am always reminded why I’ve always loved the guy. I was never a big music geek, but love comedy, witty parody and wacky humor and Al has been doing it consistently for over thirty years.

When he hit the height of his popularity with his parody of Michael Jackson’s ‘Beat It’ turning it into ‘Eat It’, with a shot by shot spoof of the music video I bet most people didn’t think he would last more than his apparent fifteen minutes, but he has.

To this day I still listen to Al and keep up with his latest projects. Always listen to his latest album. Ironically, with most of his current song parodies I’m not even very familiar with the original song he’s spoofing, but they’re still entertaining. The guy has been around a long time, longer than some of original artists that he spoofed during his career. It just goes to show how fads and music might come and go, but comedy is lasts forever.

When Al would host segments on MTV (back when it was an actual music video channel) I always tuned in. He had his own television show. I remember going to see his 1988 film UHF opening day with friends and I still think it’s bizarrely entertaining.

I’ve really been happy to see some of his more recent songs and videos getting a lot of attention from the wonderful online world and seeing younger fans discover him. The audience for his concert was an eclectic mix of older, younger, middle-aged fans. Professional, grungy, average and totally oddball types made up the crowd. There really isn’t one particular fan base Al has. Everyone loves to laugh.

One of my early personal favorites of Al’s. It’s still as funny now as when I first heard it. 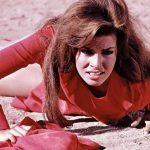 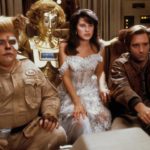 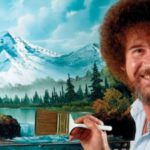