Everyone loves a wedding! Especially if it’s a royal one.

So all those folks have really been gearing up for the nuptials of Prince William and Miss Catherine Middleton. Around my area no one has any problem that they’ll have to wake up really early in the morning to watch the ceremony live.

Locally I’ve read places having early morning wedding parties and get-togethers where I imagine they’ll be sipping tea, munching on crumpets, trying to act British and watching these two exchange vows. People are really trying to mark this occasion and get to be a part of it or at least feel like they are in someway.

I can’t really fault them. It’s always nice to have something to get excited about. And it’s kind of nice to hear about a big event that doesn’t involve football that people are making a big deal to watch, but I still don’t get the fascination with all this. Tea towels, plates, postcards, ashtrays, dolls, fridge magnets, candles, beer, all with the couples faces on them are being sold. Who buys this stuff? This is the kind of junk you buy when your on vacation and just feel the need to buy something and ends up sitting around your home for years unused. And of course if your feeling in a sillier mood you can buy the really tacky stuff like Prince William and Miss Kate condoms, barf bags and toilet seats.

They’re apparently selling this one postage stamp that people have taken as a bad omen for the happy couple. The perforation to separate the two stamps will visually break up the newlyweds. Folks really have too much time on their hands to be thinking up this stuff. Besides if you buy these stamps aren’t you supposed to just save them and not actually use them? I know I would be embarrassed if I sent a letter using a Prince William stamp. I just picture my mailman shaking his head if he had to deliver a letter with that thing on it.

I read one stat that one-third of the people on the planet will be tuning into this. I this harkens back to the Prince Charles/Princess Diana wedding for a lot of people. Everyone witnessed her wedding; the birth of her kids, the breakup of her marriage and then her death, now seeing her son tying the knot feels like we’re a part of this family’s history. Maybe that’s how us commoners have always felt about the royals since it all started centuries ago and have kept the whole allure surrounding them and the connection we feel for their lives intact after all this time.

Other than the bride looking pretty hot all this coverage hasn’t really fazed me and I haven’t given it much thought. I have enjoyed reading a little bit of the history about Westminster Abby and how Charles Dickens and Laurence Oliver are buried there. And admittedly I did inadvertently get into a little royal mood this week when I watched the Kings Speech – good film.

Cynical me though just has to shake my head at some of this stuff. Reading in the newspaper about their menu, their party favors, the dress, the guest list.

Well, ok that was the one thing that caught my interest. The fact that Mr. Bean will be attending takes some of the majestic sheen off the proceedings and seems like a great setup for some comedy! I asked a couple of acquaintances if they were at all interested in this wedding and none of them were. One even told me, “I never watched my wedding video, you think I’ll watch theirs!”

Apparently, plenty will be. I even read that they’re trying to promote the wedding as a good reason to take a trip to London for. If I hop on a plane and get to London what are my chances of sitting between David and Victoria Beckham at this wedding? Not likely If I’m lucky I’ll be fifty people deep on some street blocks away from Westminster Abby and maybe get to hear some church bells.

Anyway, I probably won’t be tuning into this thing live. I’ll inevitably see some highlights of it on the news though. The news channels and entertainment shows will probably milk this thing to death knowing them.

I just hope Mr. Bean does something funny. 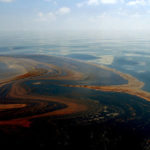 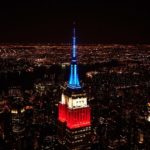