I have a love hate thing with vending machines.

There are pros and cons with them, much like everything else. The biggest gamble is the thing taking your money and not giving you anything. Of course we pound on it and kick. They probably build these machines to take a beating with the anticipation of people beating the hell out of them.

It’s cool to window shop in front of them. Most of the time they have garbage in them. These snacks and candies that you never heard of before. I think some of this stuff they make exclusively for vending machines because I’ve never seen them anywhere else. All of it’s crap that we shouldn’t be eating anyway.

It’s fun when you make your selection and get to watch the coil unwind and out pops your snack of choice. It kinda reminds me of these giant gumball machines you see around with that spiral. The kids get to watch their gumball roll down it before it pops out. Gives a whole fun element to it.

I’ve noticed that most of the time the snack tastes better out of a vending machine than if you just bought a big bag at the supermarket. I think it’s all psychological. The only reason I buy anything from a vending machine is because I’m desperate for something to nibble on. Naturally this desperation makes it taste better than if you had a huge bowl at your disposal. That quick rush almost makes it feel worth the fact that you just spent two bucks for five Cheetos. 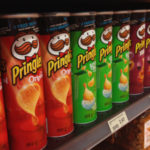 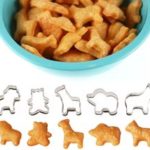